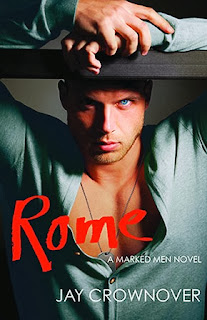 Sometimes the wrong choice can be just right . . .

Fun and fearless, Cora Lewis knows how to keep her tattooed "bad boy" friends at the Marked in line. But beneath all that flash and sass is a broken heart. Cora won't let herself get burned again. She's waiting to fall in love with the perfect man—a baggage-free, drama-free guy ready for commitment. Then she meets Rome Archer.

Rome Archer is as far from perfect as a man can be. He's stubborn, rigid, and bossy. And he's returned from his final tour of duty more than a little broken. Rome's used to filling many roles: big brother, doting son, supersoldier—but none of those fit anymore. Now he's just a man trying to figure out what to do with the rest of his life while keeping the dark demons of war and loss at bay. He would have been glad to suffer through it alone, until Cora comes sweeping into his life and becomes a blinding flash of color in a sea of gray.Perfect may not be in the cards, but perfectly imperfect could just last forever . . .

“I need a guy living his life like tomorrow matters, not like it’s a curse. I am sorry, Rome. My perfect guy has got to come already together and be good enough, no assembly required by me. I learned that lesson the hard way."

As so it begins… Literally the minute ROME hit my kindle I cleared my schedule KNOWING Jay Crownover was about to wrap my heart around yet another totally yummy and rough around the edges marked man.

Cora Lewis is the spit-fire pixie sized true friend that loves fiercely, protects wholeheartedly and can put a person in their place in one second flat. Bottom line she is a force of nature that anyone would love to call their friend. She was a Navy brat raised by a single father therefore she bounced around endlessly. At a very young age she fell in love with Mr. All Wrong whereby leaving her jaded and hell bent on finding Mr. Perfect.

“Ah honey, you gotta get over that burn. It was a long time ago. It should all be scar tissue by now and there are plenty of good, if not great men out there, and not a single one of them is going to come wrapped up in a bow of perfection.”

Rome Archer is the eldest Archer.  He is a recently retired Army Staff Sergeant struggling to fit back into civilian life after almost a decade of service. Rome has dark demons from the loss of his younger brother and the horrors of warfare.

Rome’s general attitude was dark and brooding… hence his nickname “Captain No-Fun”. True to form, Cora is all too willing to put him in his place. Their physical attraction is undeniable but Cora isn’t looking for a hook-up and strongly feels Rome isn’t her Mr. Perfect.

“I don’t know, Half-Pint, something tells me reining you in is probably a pretty good time.”

Rome literally comes to life as Cora brings color back into his dark world. He recognizes that he is far from perfect and is packing a shit load of baggage. As hard as they try it is impossible to deny the obvious attraction and connection they are each feeling.

“So here’s the deal. I don’t need you to figure my shit out, I can do it all on my own. I look at you like I want to lick you all over because I do. I don’t really know how to go about starting up something with a guy like you, but as long as you promise not to lie to me, I want to.”

Jay Crownover is a talented author who creates totally amazing stories. I freaking LOVE her books, writing style and the witty characters she continues to create. Grab every book in the MARKED MEN series, you will take a ride filled with heartache and love!
Rome is an amazing 5 star read!!! 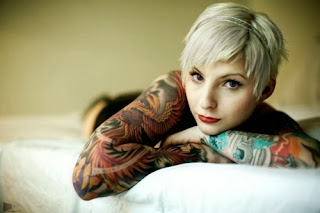 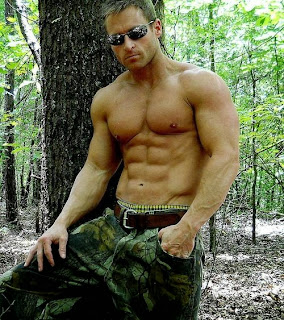 Jay Crownover is the bestselling author of Rule. Like the characters in her Marked Men series, she is a big fan of tattoos. She loves music and wishes she could be a rock star, but since she has no aptitude for singing or instrument playing, she'll settle for writing stories with interesting characters and that make the reader feel something. She lives in Colorado with her three dogs.
Social Media Links
Facebook | Goodreads | Twitter