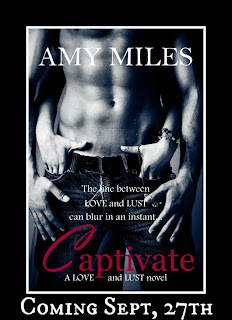 Assistant to the famous romance author, Tamsin Archer, it falls to Ashlyn to find the perfect eye candy to grace the cover of Ender’s Betrayal, but when she bumps into Slade Collins on the streets of London, she gets far more than she bargained for.

Determined to make his mark in the world, Slade leaps at the opportunity to bring Ender James to life during a five city book tour. His sly smile and dashing British accent easily capture the attention of the fiery Tamsin Archer, and her assistant. The faster Slade moves into the spotlight, the more he begins to realize that fame isn’t all that it’s cracked up to be.

As Ashlyn and Slade are forced to work side by side, they will soon discover that love is a tangible thing, but only if they are willing to reach for it.

CAPTIVATE is the first book in the Love and Lust series. 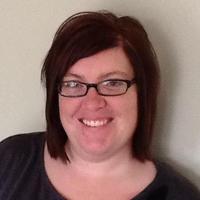 Amy Miles has been a carbaholic since birth and is hopelessly addicted to Frozen Cokes. When she's not chatting with fans on Facebook she can be found goofing off with family, traveling or stomping her husband at golf. She is an obsessive writer and an avid reader, who loves to chat about all things books.

Her teen paranormal romance books, Forbidden, Reckoning and Redemption, have been on several of Amazon's Top 100 lists as well as best seller lists in both America and the UK.