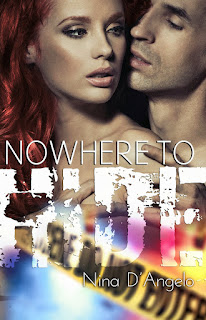 Stephanie Carovella has had a rough year. She came back to Los Angeles to face her past and nearly lost her future to a serial killer.

Now she has a chance to start a new life with a new man.
But is that what she wants? While she battles Jase Devlin, the man who won't stop until they are together, she gains the attention of another serial killer.

This time it's the copycat killer; one who will stop at nothing to possess her.

Can she survive the madness of another killer? Will she give in to Jase Devlin's advances? And will she see the real threat before it's too late?

Or will Stephanie Carovella discover she has Nowhere To Hide?

BUY NOWHERE TO HIDE ON AMAZON


NOWHERE TO HIDE ON GOODREADS

Jase stepped into Delucci’s office, closing the door behind him. “Stephanie, as always you seem to create chaos wherever you go,” He said, easing into the seat beside her. Nodding at her feet, he murmured, “I’m not sure Frank will appreciate you putting your feet on a three thousand dollar desk.”

Stephanie snorted. “Figures,” she said, flicking her eyes over him and taking in the jeans and black T-Shirt he wore with FBI emblazoned in yellow. “I don’t really care what Delucci thinks. To be honest, right now, I’ve had it up to here with both the Feds and the LAPD.”

“Let’s discuss what you think I should have told you.” Jase said calmly, watching her expression change from what he knew to be faked nonchalance to irritation.

“The Jesus Christ Killer,” she said shortly, pulling a lighter out from her pocket and casually flicking it. Jase watched, knowing Stephanie’s body language was deceiving. She was so good at hiding how she really felt, but he was learning Stephanie often did one thing, and felt the opposite. He wondered if anyone would ever fully understand her, or if she would let anyone. He’d tried to stay away from her. He’d tried to remain detached, but she always drew him back to her. He found her fascinating. Even when she was doing her best to provoke him, he didn’t know whether to strangle her or kiss her.

Pocketing the lighter, she twisted in her seat to face Jase.”Speaking of the Jesus Christ Killer, when were you planning to tell me he’d killed again?”

“Who the hell told you?”
“Don’t worry, Devlin, it wasn’t one of your many minions. Jake and Gena conveniently forgot to mention it.”

“I asked them not to.” Jase admitted,

“Actually I had every right,” Jase said, trying to remain calm. “I know you’re not going to believe this, but this isn’t just about you. We’re dealing with a serial killer, who has managed to evade the police for two decades. We want to catch him. What we don’t need is you getting involved.”

“You don’t want me getting involved?” Stephanie echoed, laughing harshly, “Well, I hate to tell you Agent Devlin, but I’m already involved. Or did you forget that I watched him butcher my parents?”

Jase stood up, shaking his head. “Damn it, Stephanie, of course we haven’t forgotten. I doubt anyone could ever forget what he did to your parents. God knows the media circus surrounding you lately have milked your parents for everything they can. I can’t even open a newspaper these days without seeing some article about you in it.”

“I suppose that’s my fault?” she snapped, curling her hands into fists. “Do you really think for one second I love the invasion of privacy? Hell, I’ve had people I haven’t spoken to in years suddenly wanting to be my best friend just so they can spread vicious rumors to the media. Or so they can hit payday. I’ve got people going through my garbage in the hope that they can find more dirt on me. If that’s not bad enough, once again, I’ve got people around me dying. Yeah, I can see how you think this is my fault, just like I’m sure you think Angel, Carolyn, Katrina and Ana’s death was my fault.”

“You’re twisting my words.” Jase growled, anger flooding through him, as he faced her.

“I was protecting you,” Jase bit out, stepping closer to Stephanie.

“Why the hell would you want to protect me, Devlin?” Stephanie said, jabbing her finger at him again. “More like you were using me as bait. Well, listen up, I won’t let you use me. Not now, not ever.”

“I was not using you as bait,” Jase growled, quickly capturing her hand when she went to jab him in the chest again. “I would never do that to you.”

“Oh please, don’t pretend you give a damn about me,” she shot back, trying to remove her hand from his. “I know capturing the Jesus Christ Killer would make your career. You’d be the poster boy for the FBI.”

Seeing her stunned expression, he wrapped his arm around her waist, dragging her to him. He dipped his head to hers, fiercely capturing her mouth with his own. He kissed her with all the pent-up frustration that had been eating him up inside for months. Stephanie kissed him back, wrapping her arms around his neck and pressing into him. Jase tore his mouth off hers with a groan. He stared at her trembling mouth, capturing it again but this time more gently, his tongue stroking hers. Stephanie closed her eyes, surrendering to all the emotions plaguing her. Gena was right. She loved him. Breaking the kiss, she stared at him startled. He stared back, his breathing harsh.

Nina D'Angleo is an artist with words!  Nowhere to Hide is a romantic suspense and not my typical type of read, that said I LOVED IT!!!!  This book pulled me in and I read it all in one day!!!  Nina's eloquent writing transforms characters and scenes into reality and one which you hope stays far far away from you. This is a great 4.5 star read!

In Nowhere to Run we get Stephanie Carovella's tragic story of loss as she braces for the fight if her life. Stephanie has spent years living in fear of one man. He has relentlessly stalked her and killed those closest to her all in an attempt to control her whereby making her life a living hell.

Nowhere to Hide starts out three months after Nowhere to Run.  Stephanie has enrolled in the local university and is focusing on rebuilding her shattered life. She is strong, broken and determined to make a difference by getting her degree and saving lives.

Stephanie has managed to catch the attention of some pretty sick and twisted men. Could it be because she is a former criminal journalist now studying to be a serial killer profiler?  Is it because she witnessed the murder of her parents at a very young age? Or does Stephanie have some kind of magnet appeal?

"Stephanie's death was always going to be one no one ever forgot.  Not just because he had managed to kill a woman who was invincible to the world, but also because of the way her killed her.  He was going to kill her in the same manner her parents died.  In fact, he planned on killing her on the anniversary of their death."  ~ In the mind of a killer

The book is not all cops, crime and craziness there is underlying romantic relationships and ones that you will embrace. 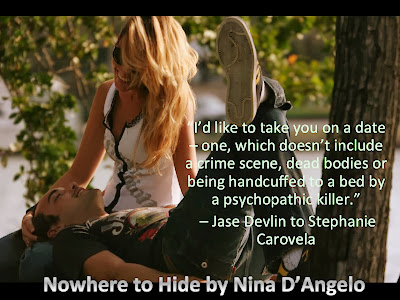 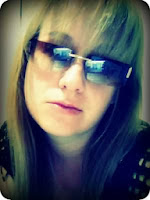 Nina D’Angelo is a freelance writer and photographer. After graduating from Deakin University in 2005, with a Bachelors Degree in Journalism and Public Relations, Nina briefly worked in P.R. Not satisfied with her profession, she returned to freelance writing. Since graduation from University, she has written her own TV series, produced a music show for three seasons, worked for several music magazines and her photography was published in Aqua Pulse.

Her first novel, Nowhere to Run was released February 2013. It is the first in the Stephanie Carovella series and currently available through Amazon. It will soon be available through itunes and Barnes and Noble.

Nina’s second novel, Nowhere to Hide, is due for release in August 2013. It is the second in the Stephanie Carovella series. Nina has already started working on her third and fourth novels. Her third novel, not yet titled is due out in December 2013 and the fourth novel, Deadly Secrets – the third in the Stephanie Carovella series is due out December 2013/January 2014.
SOCIAL MEDIA LINKS:
WEBSITE / FACEBOOK / TWITTER / GOODREADS