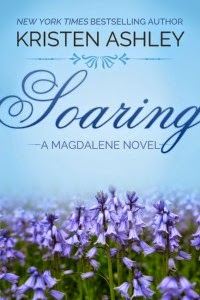 American heiress Amelia Hathaway needs to start anew.
Her husband cheated on her, and when everything she wanted in life slipped through her fingers, she fell apart. When she did, she took another heart wrenching hit as she lost the respect of her children.
When her ex took her family from California to live in the small town of Magdalene in Maine, Amelia decided it was time to sort herself out. In order to do that and win her children back, she moves to Cliff Blue, an architectural masterpiece on the rocky coast of Magdalene.
Her boxes aren’t even unpacked when she meets Mickey Donovan, a man who lives across the street, a man so beautiful Amelia takes one look at Mickey and knows she wants everything from him.
The problem is, she finds out swiftly that he’s friendly, he’s kind, but he doesn’t want everything back.
Amelia struggles to right past wrongs in her life at the same time find out who she wants to be. She also struggles with her attraction to the handsome firefighter who lives across the street.
But Amelia will face a surprise when her friendly neighbor becomes not-so-friendly. As Amelia and Mickey go head to head, Amelia must focus on winning back the hearts of her children.
She soon discovers she also must focus on winning the heart of a handsome firefighter who understands down to his soul the beautiful heiress who lives across the street is used to a life he cannot provide.

Be sure to enter the tour wide giveaway and check out the Excerpt from SOARING!

It is NO SECRET that I LOOOOVE Kristen Ashley’s books!  I add them to my TBR the minute they are announced and anxiously anticipate their release!

Amelia Hathaway moves across the country in an attempt to pick up the shattered pieces of her life and heart.  This process is over three years coming and though the journey is not easy, it is the only way she will recapture her children’s trust.
I REALLY really enjoyed Amelia. She was so strong, caring, sassy and classy!

Amelia wasn’t looking for the easy way out.  She was prepared to fight for her children, her self-respect and her new life.  What she wasn’t prepared for is Mickey Donovan…

If the town of Magdalene is filled with men like Mickey, I am hiring a mover!!!  Mickey is the kind of hero I adore, he's rough, gruff and crass. He's caring, giving, and sexy as all get out, and yep, at times he can be a jerk BUT - I adore him!!!


You give me sweet, baby, you’ll get it back,” he retorted low, angry, and this was infuriatingly but indisputably outrageously sexy, which gave credence to the possibility I was a whackjob.

I love all kinds of romance but lets be honest, a lot of them are about couples between 18-35 and I loved that this one was about a couple in their 40s.  Mickey and Amelia are not perfect and sadly have had their hearts badly broken. They are each juggling way too many balls and in the light of day they can stack up a mile high list of reasons why they should NOT be together.  BUT when the heart wants what the heart wants - who can deny it.

“There is nothing guaranteed in life. But the only leaps really worth taking are leaps of faith on love. So look where you leap, beautiful, and happy landing,”

Some of the hardest roads to walk are also the longest.  Amelia went the distance and then some but in the end it was all so worth it.  I loved the realization this story encompassed! If you are looking for a hot and passionate romance with heartfelt emotions, SOARING should be your next read!
Rating: 5 stars (standalone) **BE SURE TO CHECK OUT THE EXCERPT BELOW**
The details for the third and final book in the Magdalene series have not yet been released. However we do know that it will be Officer Coert's story. I can't wait to see how his story with the hot red-head plays out!