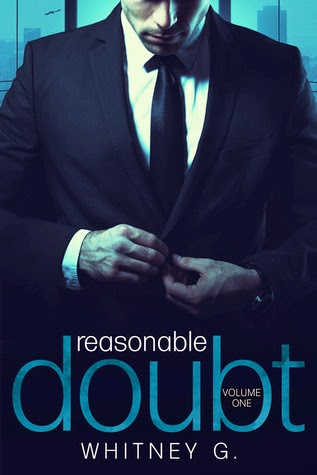 
SYNOPSIS
My cock has an appetite.

A huge and very particular appetite: Blonde, curvy, and preferably not a fucking liar...(Although, that's a story for another day.)

As a high profile lawyer, I don't have time to waste on relationships, so I fulfill my needs by anonymously chatting and sleeping with women I meet online.

My rules are simple: One dinner. One night. No repeats.

This is only casual sex. Nothing more. Nothing less.

But then she came into my firm for an interview--a college-intern interview, and everything fucking changed... 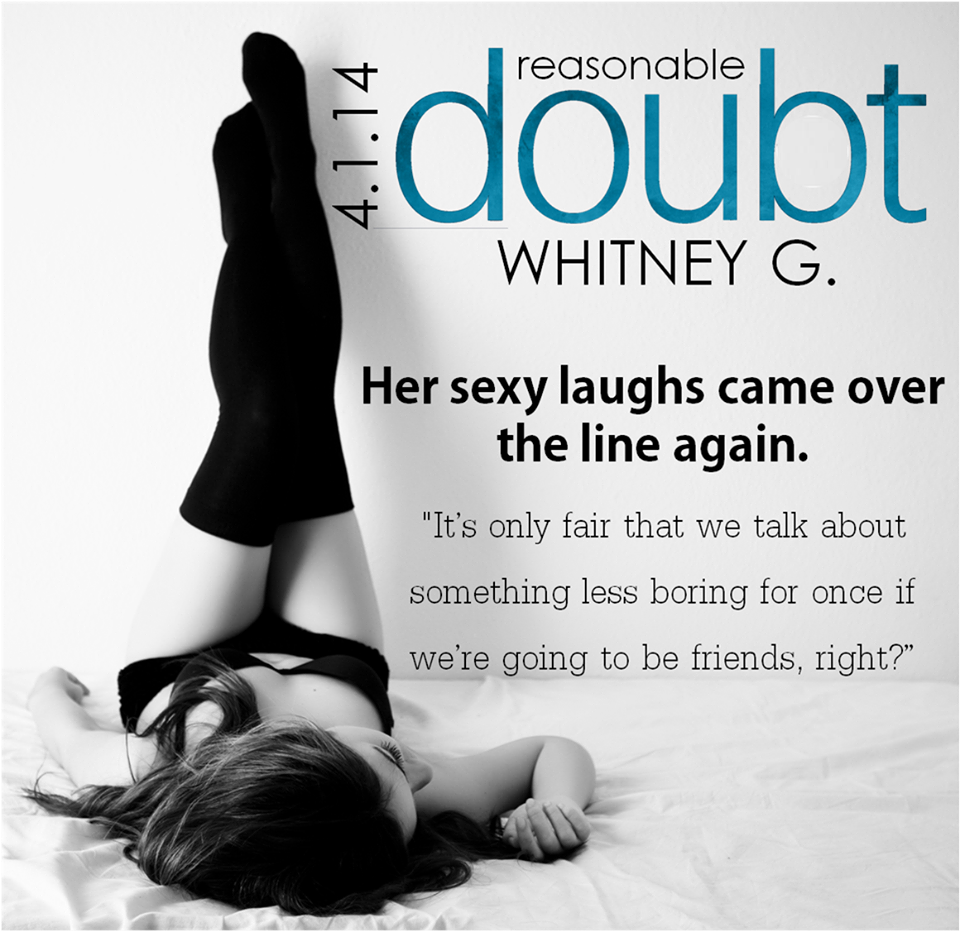 “If the truth would damage anything or hurt someone unnecessarily, then I believe I have a right to withhold it.”

Is withholding information a lie?

Is there hope for a relationship that started out of lies?

Reasonable Doubt is not your typical girl falls for guy romance.  However it is a wonderfully crafted novella that has all the fulfillment of a full length novel.

Andrew Hamilton is a well establish attorney and partner of a successful law firm.  He is driven, respected and is an asshole!  Andrew has dark demons and is convinced that any kind of emotional attachment is not acceptable.  I really wanted to hate Andrew!  I mean I really really wanted to hate him BUT I can't!  He is so yummy and I need more!!!

“The words ‘one night’ in my book hold certain expectations that you couldn’t possibly meet.”

Aubrey Everhart is pulled in many directions. She is majoring in pre-law but longs to become a professional ballerina.  Aubrey is witty and sassy while wrapped up in this classy and respectable package.

Andrew and Aubrey meet online.  They form a relationship built around daily texting and phone calls.  Of course they are attracted to each other, however Aubrey wants to keep things stickily platonic while Andrew tries relentlessly to convince Aubrey to meet up for just one night.  This is the best relationship Andrew has had in years.  Little does he know it is all built on lies.  When their worlds collide Andrew finds himself in constant conflict…

He clenched his fists above the desk, trying his best to act like my presence wasn’t bothering him. But it was, I could tell.

As the story unfolds you are pulled into a plot that will carry on throughout this three book series. Aubrey and Andrew are ON FIRE. Maybe so much so that their future was doomed before it ever really had a chance. Will they be able to move past Aubrey’s lies? Is Andrew willing to let someone into his harden heart?


"Once someone lies to me they're dead to me forever.  Do you remember me saying that?""Yes...""So, you've always been willing to lose our friendship over lies?"

Whitney Gracia Williams is an accomplished author that possibly out did herself with the launch of the Reasonable Doubt serial series. I am waiting not so patiently for the continuation of Aubrey and Andrew!!  However the wait will not be too long... as Whitney plans to release the second book around mid April and the third around the first of May.