SONG OF THE FIREFLIES by J.A. REDMERSKI ~ Review & Giveaway 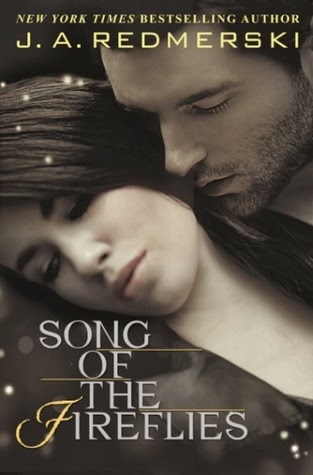 THE TRUTH WILL SET THEM FREE

Brayelle Bates has always been a force of nature. Even as a child, Bray's wild and carefree spirit intimidated everyone around her. The only person who's ever truly understood her is her best friend, Elias Kline. Though every fiber of her being wants to stay with Elias forever, Bray can't bear the thought of him discovering her agonizing history. She's done everything she can to keep him at arm's length, including moving away. But their undying bond was too strong a pull to deny, and Bray couldn't survive without him. Now she's back home with Elias, and things have never felt more right-until one night changes everything.

Elias vowed never to be separated from Bray again. So when she decides to flee in a desperate attempt to escape her fate, Elias knows he must go with her. As the two try to make the most of their circumstance, taking up with a reckless group of new friends, Elias soon realizes there's a darkness driving Bray he can't ignore. Now in order to save her, he'll have to convince Bray to accept the consequences of their reality-even if it means losing her.

Songs of the Fireflies is a stand alone novel however we first met Brayelle and Elais in The Edge of Always.

My review of The Edge of Always is HERE

It would seem that it was too early for Elias and me to stop being afraid and on edge about what happened. I admit it. But really what we were doing was looking for any way out of that mind-set, because if we didn’t, it would’ve killed us. We just wanted to live life. And, well, it’s easy to forget about the significant things when you find other things to cover it up. Partying quickly became our means of salvation, the way out that we longed for. We learned fast how to replace misery and fear with happiness and enjoyment, and with drugs and alcohol. We couldn’t afford much ourselves, and the last thing we wanted to do was waste what little money we did have on shit like that, but we got by with freebies usually. A joint passed around a room. A group of partygoers already lit on alcohol, offering to buy the table the next round. And occasionally guys would buy me drinks when they thought I was alone.

Our first night hitting the bars and nightclubs in Florida was the first domino to fall in a swirling maze of hundreds of dominoes.

And every fucking one of them would later prove to be a bigger mistake than the last.

“Hey, that’s our song!” I said over the music bumping through the speakers inside the club.

I grabbed Elias by the wrist and tugged. He slid down from the bar stool and hit the dance floor with me. He had always been a hot dancer, and it helped that he had the body for it. But usually, it took a few drinks for him to loosen up enough to dance in public. He wasn’t afraid of it; he just never cared for it much.

Even that started to change with our new lifestyle.

“Since when did this become our song?” he shouted over the music. I danced my way around, putting my back to him, raising my arms up and around both sides of his neck.

He ground his hips against me from behind, his fingers splayed against my thighs.

“Since that time at Matt’s party, remember?”

The beat picked up, and his grinding hips moved with it flawlessly. I about fucking died. The boy could dance.

I danced back around, facing him again, moving my upper body in a lithe, swaying motion against his.

“Oh yeah, I remember that night,” he said, leaning toward my ear. “But if I recall, after we danced to it in front of everyone, you left with Dane Weatherby.”

Elias grinned and fit my hips in the palms of his hands, his long fingers spread like claws as he grinded against me some more.

He was so getting laid tonight.

Suddenly Elias snatched me forward, his arm around my waist, and pulled me out of the path of a tipsy couple barreling through the crowd.

He was as tall as a tree and had short brown hair buzzed around the back. He grabbed hold of a strawberry-blonde woman’s elbow to keep her from falling over. She laughed and fell into his arms on purpose. Her huge boobs bulged into view from the force of his arm, which he held across her chest.

“I think I’ve had too much,” she said, raising her wine cooler out in front of her and then happily taking another drink.

The guy apologized again. And again. I wondered if he was just too drunk to remember he had already gotten that much out of the way.

“It’s all right,” Elias said, still holding me around the waist. “No harm done.”

We started to walk away from the dance floor and back toward the bar, but we only got halfway before the couple came up behind us.

“I’ve never seen you in here before,” the guy said.

“You must come here a lot, then,” I said, still being pulled along by my fingers. “To remember every face in a place this populated.”

A small part of me was worried he’d seen my face on a Most Wanted poster somewhere. But it was just the paranoia kicking in.

She never stopped smiling. Neither of them did. They wore permanent, drunken smiles.

We finally made it back to the bar. Elias put his hands on my hips and lifted me onto the stool. He then sat on the empty stool next to me.

“I’m Anthony,” the guy introduced himself. “And this is Cristina.” He smelled of musk cologne.

I started to show them the same courtesy, but Elias jumped in a second before. “I’m John and this is my fiancée, Julia.”

Fiancée? That certainly got my attention. So much so that I had already forgotten the fake name he gave me.

“You live around here?” Anthony probed. He leaned against the bar next to an empty bar stool rather than sit. Cristina, who I assumed was his girlfriend, continued to use him as her makeshift crutch.

I narrowed my eyes at him secretly from the side.

He softened his baby-blues, as if to say, Sorry, babe.

Instant forgiveness. He was in the right, though, because I had been about to say Georgia, just as I had been a second away from telling them our real names.

I didn’t know if I’d ever get used to this covert lifestyle of lies and highways and shitty motel rooms. But Elias was with me, and that made it all OK.

“Seventeen years I’ve know you, Bray. Seventeen years. I have loved everything about you. Your foul mouth. Your crazy-ass, bazen antics. Your fearless attitude. Your highs, your lows, whatever they were, I only saw a girl with a vivid personality.”

Elias Kline only knew one kind of love. It is the kind of love that only sees one person and that was Brayelle “Bray” Bates. From the minute they met Elias and Bray were inseparable. They were best friends first and no one or nothing ever came between them. That is until the day they decided to take their friendship and turn it into a relationship…

“Its my worst fear.” she confirmed it and her gazed dropped toward the floor. “Things between us changin. I know, Elais… I feel it… if we change the way things are, the way they have been, nothing will ever be the same again. We’ll break up and grow apart and just thinking about not having you in my life hurts my heart.”

Life is not always fair and in one cruel night their lives are forever changed. This launches them on a journey and one where they find some of their darkest demons and also some of their closest friends.

“Brayelle, this, this moment right here is the ‘anything’ I vowed to you last night. You didn’t ask me to prove it, but I’m going to prove it anyway…”

Song of the Fireflies is about an connection between two people. It is more than just a love story. JA Redmerski also shows us that mental illness can be both misunderstood and loved all at the same time.

Everyone deserves someone who loves and cares for them enough to see them through life’s obstacles. Especially people like Bray. 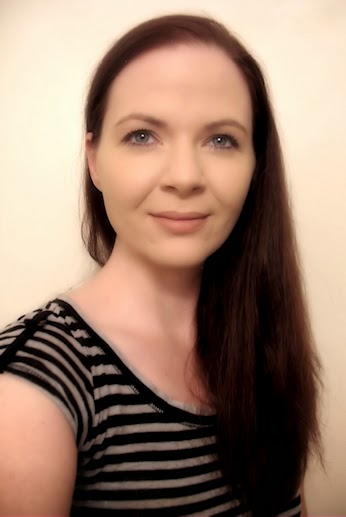 J.A. Redmerski, New York Times, USA Today and Wall Street Journal bestselling author lives in North Little Rock, Arkansas with her three children, two cats and a Maltese. She is a lover of television and books that push boundaries and is a huge fan of AMC's The Walking Dead.

1. THE VAMPIRE ARMAND by Anne Rice
2. NEVERWHERE by Neil Gaiman
3. BLOOD AND GOLD by Anne Rice
4. THE ROAD by Cormac McCarthy
5. HARRY POTTER (all of them) by JK Rowling