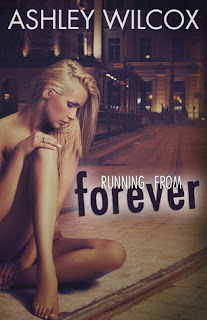 SYNOPSIS
Recent college graduate, Kayla Reynolds was ready to leave the university, sorority life behind. Leaving her boyfriend of over three years, she packed her bags and moved four hours south to the big city…New York City. Bright lights, streets that never sleep, and a business lifestyle that she yearned to have were all at her fingertips.

Kayla Reynolds was chasing her dream.

Determined and eager to make it in the corporate world, Kayla changed everything- her image, lifestyle, and outlook on life, putting her career first and her personal life second. That was until her first day, the first time she got a glimpse of Miles Blackwell. Corporate CEO and part owner of ETV, and not to mention, incredibly handsome, Miles Blackwell took Kayla by surprise, stealing her heart as he did.

But nothing had ever come that easy for Kayla. Life had always seemed to have a personal vendetta against her, stepping in when everything seemed too good to be true, reminding herself of whom she really was. It wasn’t until she met Merrick Drake that she realized when to stop; when running was no longer an option. For the first time in her life she had someone she could relate to; someone who wouldn’t judge- who saw the person she was inside. She and Merrick connected…on more levels than one.

When life was too much to handle, they ran.

But there was only one person that could make Kayla stop for good. Only one man that made her want to stay.

Would Kayla finally stop running or would it all be too much to handle?

STEPH'S REVIEW
The book starts out with Kayla leaving a “Dear John” letter to her college sweetheart on the morning after his marriage proposal.  Immediately I thought “oh we might have a wild ride in this book”. I was not wrong from the aspect that there are a couple of twists I didn’t see coming.

Kayla Reynolds is the young twenty something independent woman seeking the lights and life New York City has to offer. Kayla had a sad childhood led by a selfish gold digging mother. At the age of eighteen Kayla packed up, moved off to college and never looked back.

I had always yearned to be - alive, pure, and important, as opposed to cheap, used up, and incompetent.

Miles Blackwell is a partner at ETV. He has been living the high life without a care in the world always seen around Manhattan with a different beauty on his arm. Miles always had the love of both parents and enough money to buy his heart’s desire.

The sizzling connection between Kayla and Miles was almost immediate. After just a few dates they both realize this is more than just lust. Can their relationship withstand the secret Miles is hiding?

Kayla and I were put on this earth to be together, I’m not a religious man, but I did believe that God worked his magic by putting us together. This was fate and I was not a firm believer.

We also get the pleasure of meeting Merrick Drake. Merrick and Kayla build a quick and strong bond. They have amazing banter and truly encompass the epitome of true friendship. Merrick may just be my next book husband! We get his story in Permanent Lines which is set to release on January 13th.

Ashley Wilcox delivers yet another captivating steamy romance. In Running From Forever we get three point of views, whereby delivering the males side of each story perfectly. I always enjoy curling up with one of her books and Running From Forever was no exception!
This is a 4.5 star read!!

AUTHOR'S BIO
Some may consider me a jack of all trades, but I consider myself well rounded.

Then there was this book… Everyone and their brother started talking about this book series titled Fifty Shades of Grey by EL James. I didn’t really pay attention to the craze at first, since I wasn’t a big reader- okay, I didn’t read at all. But curiosity got the best of me, so I downloaded it to my kindle.

I kept finding all these great books that I HAD to read (just ask my credit card!).

Then I started hearing voices. Voices that turned into stories; stories that were begging to get out of my head.

I started writing them down on scraps of paper. Then I transferred them to my computer. Before I knew it, Planning on Forever was born.

The voices in my head are still talking, so I’m still writing.