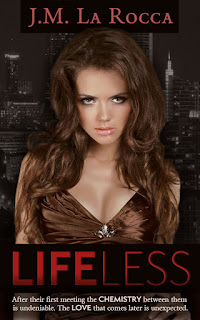 EXPECTED TO RELEASE ON JULY 9TH

SYNOPSIS
After graduating from the University of South Alabama, Scarlett Moore finds out her boyfriend of five months is actually married with a kid on the way. Feeling used and heartbroken she decides it’s time to take her best friend Jules’ advice to move in with her, but she’ll have to move to Atlanta. There, Jules helps her get a job at Entertainment Atlanta where she works as an entertainment insurance agent. It’s nothing Scarlett dreamed of doing with her life, but it’s better than not having a job at all and who wouldn’t mind working with famous people, right?

But then she gets assigned EA’s newest client Kade Evans, rock star turned actor. Not only is he a drug addict, he’s also known for never dating the same girl twice. He’s tall, dark, and handsome, has an amazing voice, and good acting skills, but he’s also arrogant and intense.

After their first meeting the chemistry between them is undeniable.

The love that comes later is unexpected.

But Kade’s life is full of secrets. His past has now become his present and when Scarlett finds out what his secrets are, deception hits.

Kade captured my mouth in a hard kiss then stood up, taking off his jeans and boxers.

“Stand up, Scarlett,” he commanded as he kicked his clothes out of the way.

I looked at him with wide eyes, wondering what he was going to do. I got up from the couch and stood next to him, staring him in the eyes. The look he was giving me was pure, unadulterated lust. The butterflies in my stomach were going crazy.

“Take your clothes off then get on your knees on the edge of the couch and lean forward,” he commanded as he started stroking his length back and forth.

I just stood there and watched him. He was so beautiful. I was mesmerized by the movement of his hands. I licked my lips wanting to drop to my knees so I could please him again.

“Now, Scarlett,” he growled at me.

Not wasting another minute, I lifted the t-shirt over my head and hurriedly took off my panties, watching him stroke himself the entire time. Kicking my soaked panties out of the way, I turned and kneeled on the edge of the cushion and braced my hands on the back of the couch.

“Like this,” I asked, turning my head to look behind me.

I did as he instructed.

“Yeah, baby, just like that,” he said roughly as he moved closer behind me.
ABOUT J.M. LaROCCA 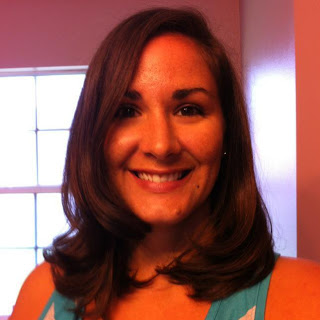 My name is Jennifer La Rocca and I'm a stay at home mom of 3yr old twins. I've been married for 7 years and I just recently moved from Pensacola, FL to Atlanta, GA. I started writing Lifeless three weeks after our move and just recently finished it. I've had a passion for writing since I was a little girl, writing poems and short stories. My mother has always told me that I should start taking writing seriously, but I always thought of it as just a hobby until a couple years ago. Now that I've finally written my first book I wish I would have listened a long time ago. Lifeless will be released July 9th and I can't wait for you to meet Kade and Scarlett.
AUTHOR LINKS
FACEBOOK / TWITTER

Email ThisBlogThis!Share to TwitterShare to FacebookShare to Pinterest
Filed Under: Cover Reveals, Teasers