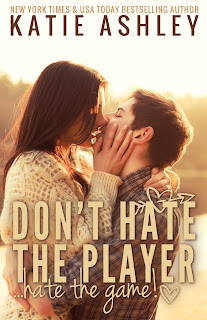 SYNOPSIS
For Noah Sullivan being the best friend to a douchebag and player like Jake Nelson has never been easy. It's been a rocky road since kindergarten when Jake duct taped Noah to his chair before recess. With just six weeks to high school graduation, Jake accidentally blows his drunken ass up on his grandfather's tractor, and Noah finds himself immersed not only in a whirlwind of grief, but on a quest to find a mystery girl from Jake's past.
While cleaning out Jake's room, Noah and Jake's dad make a startling discovery. Instead of the obligatory porn collection or pot stash, they find a ring, but not just any ring. Its half a carat of commitment in a platinum setting-proving even man whores have taste. After Jake's mom pleads with Noah to find the girl who meant so much to Jake, Noah begins a modern day Grail quest to track the girl down.
Since Jake was a notorious player with a legendary collection of trophy panties, Noah finds himself in over his head. There are the usual suspects like Avery, the Ice Princess Jake dated for appearances, or Presley, the school mattress Jake dated for convenience. But the trail begins to point to the most unlikely of suspects: Maddie, the Valedictorian and choir girl who was trying to help the unmotivated jock graduate--the girl who also has surprisingly caught Noah's eye and meddled with his heart.
Hanging out with Maddie shows Noah a different side of Jake--one that was deeply human and surprisingly douche-free.  And the more he tries to solve the mystery of the ring and of Jake, the more Noah starts to discover about himself and of love.
~~ENTER TO WIN AN EBOOK AT THE BOTTOM OF THIS POST~~
BUY LINKS Amazon US / Amazon UK / Barnes & Noble / Smashwords
MY REVIEW
I am never disappointed when I pick up a Katie Ashley book and Don’t Hate the Player was NO EXCEPTION!  Katie seamlessly weaves us through this story of both heartache and joy.  This is an excellent YA novel, one which I am sure you will LOVE.
Noah Sullivan is the typical teenager at the end of his senior year of high school.  Noah is a well rounded teenager who enjoys having a good time.  He was raised by his mother and hasn't had contact with his father in many years.  Noah thinks that graduating and college are the only things on his horizon until one day his world is tipped upside down by a terrible accident.
Jake Nelson is the very popular lettered football player who is also a legendary player.  Jake’s friends think he is this selfish party boy but during Jake's funeral they learn there may be a different side to Jake.  Whereas, leaving Noah asking himself how much did he really know his life-long best friend.
Maddie Parker is not like the other girls at her school.  She is quiet, dresses conservative and is devoted to her family and studies.  Maddie’s father is the local pastor and their whole family is very active in community service.  Although Maddie’s family appears to be perfect on the outside they have their own demons to fight.  Her younger brother struggles with a serious illness while her older brother has been banned from the family home.  Maddie was Jake's tutor and maybe the only person who knew the real Jake.
The grief Noah experiences after Jake’s accident radiates off the page.  Here is an excerpt from when Noah first walks into the Nelson home after he receives the news:
“The hours, minutes and seconds I’d spent in the house were to innumerable to count.  Every room, every floorboard and practically every wall held a memory connected to Jake.”
In his journey to find the rightful owner to Jake’s ring Noah finds himself doubting everything he has ever thought to be true.  Noah and Maddie quickly develop a friendship and Noah finds himself having deep feelings for her.  In every way she is so perfect for Noah but was she girl who held Jake's heart?  When all the cards are put on the table Noah must finally face his true feelings.  This is one of the many amazing things he says to Maddie:
“You’ve been my beacon of light in my storm of grief, and I don’t know if I could live without you.”
This book will pull you through so many emotions and in the end the Epilogue says it all in what could be one of the happiest "happy ever after" that I have experienced.
AUTHOR BIO 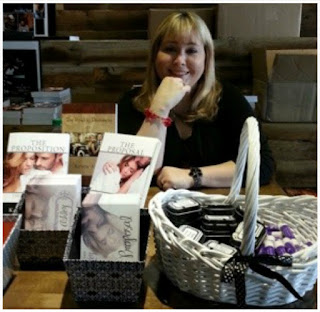 She spent 11 1/2 years educating the Youth of America aka teaching MS and HS English until she left to write full time in December 2012.
She also writes Young Adult fiction under the name Krista Ashe.
AUTHOR LINKS
WEBSITE / FACEBOOK / GOODREADS / TWITTER 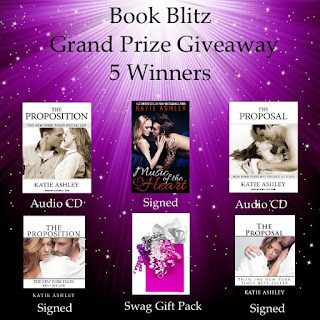