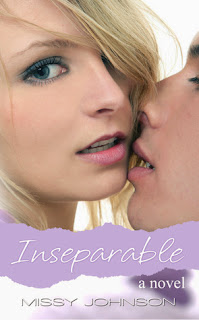 SYNOPSIS
Nineteen year old Lily is still struggling with the death of her identical twin, Abby, a year earlier when she moves away from home for college.
Following Abby’s death, Lily spent time in a psych facility after she was still seeing, hearing and speaking to Abby as though she was still alive. Now, ready to begin college, Abby only shows up in her dreams.

A chance encounter with Dane Hansen changes Lily’s life. Lily’s friends warn her off becoming involved with Dane. He’s bad news, according to the rumors, anyway..

Now, he’s back, nearly a year after he disappeared off the face of the earth weeks into his freshman year at college. But Dane is far from the popular, womanizing, athlete he once was.

Dane has experienced loss himself, after his six year old sister was abducted and murdered nearly ten years ago. He understands Lily, and the more time he spends with her, the harder he falls.

There is something he hasn’t told her though, something almost nobody knows, and it’s something that might stop Lily from feeling the same way.

Dane opened the door, his eyes widening slightly as he smiled at me. My heart fluttered as I took in his appearance, he had skipped his usual jeans for a pair of black chinos and a gray button down shirt. His short dark hair was swept back out of his blue eyes. Blue eyes that were firmly planted on mine.

“Lily…wow,” He shook his head, as if no words could accurately describe what he was seeing. I blushed. “You look amazing. Seriously…wow,” Leaning in, he kissed me on the cheek. I closed my eyes as his lips touched my skin, breathing in the sweet scent of his aftershave.

“Thanks,” I smiled back. He stood, still staring at me. Was he going to let me in? It was freezing outside and I was actually starting to shake from the cold, “Um, Dane?”

“Yes?” He smiled, cocking his head to the side, a sexy grin spreading across his lips. What did he think I was about to ask him?

Missy lives in a small town in Central Victoria with her husband, and her confused pets (a dog who think she's a cat, a cat who thinks he's a dog...you get the picture).

When she's not writing, she can usually be found looking for something to read.

This tour is organized by Book Addict Mumma
a Rafflecopter giveaway