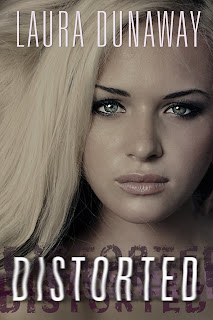 SYNOPSIS
Aly Chase has worked for Paul Pierce for years, loving him from afar. He is handsome, rich, and the powerful CEO of Pierce Homes. Just when Aly has decided her love for him is futile and vows to move on, Paul begins to give Aly the attention she had always desired, forcing her to feel confused by his actions.

Then there's Aly’s best friend, Ethan Baker. He's sweet, handsome and charming. He is also in love with her. He's accepted that Aly and he will only be friends, until one day Aly realizes that her feelings towards Ethan are way more.

Aly is caught in between the man she’s loved for so long and the man that has always been there for her. As her feelings are pulled and tugged in both directions, she must make a choice before her distorted life loses both of them.
Who will end up winning Aly's heart?

MY REVIEW
Distorted is the debut novel for Laura Dunaway. Laura lays the groundwork for an intriguing love triangle and one that is a definite page turner. I give this debut novel a strong 4 star rating!

Aly Chase has been the personal assistant to Paul Pierce at Pierce Homes, for three fulfilling years. This is more than just a job to Aly; she embraces every aspect and excels with public relations. I thoroughly enjoyed Aly’s strong and independent personality.

Paul Pierce is the son of the Pierce Homes founder and he currently runs company. Paul is definite swoon worthy material! His natural charisma is enchanting and it goes a long way that he really is a good person at heart.

Unbeknownst to Paul, Aly has been in love with him for three years. They work circles around each other and can almost read each other minds. After an out-of-town business trip Aly and Paul develop a romantic chemistry. IT IS HOT AND STEAMY! Just when you think they "just had the most amazing office sex", we are thrown a MAJOR game changer. Can Aly forgive and forget????

Ethan Baker is Aly’s best friend and her strong constant. He is Mr. Sex on a Stick! He has a way with the ladies but rarely dates anyone very long. Ethan has been in love with Aly since the night he met her back in college.

“I know you are confused right now, but hell yes, I love you and it feels good to finally say it.” ~ Ethan

A real love triangle forms and Aly struggles with where her heart lies. Laura does a wonder job pulling the emotions out of these characters.  Will you be Team Paul or Team Ethan?  Pick up Distorted TODAY and you decide!

You will get an excerpt of Laura's next book at the end of Distorted. I can promise you that it is a heart stopper!

“You’re beautiful, you know that?” he asked.

I stopped what I was doing and looked at him. He was just sitting there, casually watching me with the sweetest look on his face. My heart lurched and I was frozen.

His brows drew together. “I mean it,” he said.

I gave him a small smile. “Thank you,” I said quietly as I got his food out of the microwave. I put it on his plate and handed him a beer from the fridge. He smiled at me as he twisted up a mouthful on his fork and dove in.

I leaned on the counter, drinking another glass of wine, and watching him eat. He popped the cap off of his beer and took a long drink. He set the bottle down with a big, “Ahh,” and gave me a silly grin.

“Ethan, what did I do to deserve you?” I asked, suddenly very serious.

He stopped mid-chew and looked at me. “What brought that on?”

I sighed and set down my wine glass. “I don’t know. I just see you here, with me, being so cute, and I wonder. I mean, you know I’ve been in love with Paul for years, yet you never wavered, you stayed with me. And even now, when we’ve developed more to our relationship and I haven’t been able to give you any promises, you’re still here.”

He set his fork down and shoved off his stool, walking around the bar to come next to me. He grabbed my hips and pulled me to him, wrapping me in his arms. He kissed the top of my head, rubbing my back.

“Aly, you know better than that. I am here to stay, no matter what you decide. If you ultimately decide Paul is the man for you, or anyone else for that matter, I can’t say it won’t kill me, but I’ll always love you. We were friends first and we will be friends last, no matter what.” 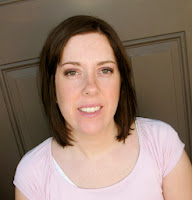 Laura Dunaway has been married to her prince for 17 years and together they are raising three amazing kids. While she's always had a passion for reading and writing, it wasn't until this past year that she finally realized she should pursue her dream of writing a book. After many many attempts at starting one, Distorted was finally the one that flowed and before she knew it, she'd written The End. When she's not busy shuttling her kids to lessons and practices and making dinner, she's busy behind her computer writing her next book.
Follow Laura on FACEBOOK 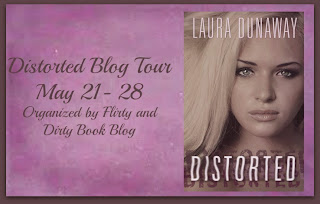 This tour is organized by Flirty and Dirty Book Blog

There is a Grand Prize Giveaway for a $25 Amazon Gift Card.
﻿
a Rafflecopter giveaway