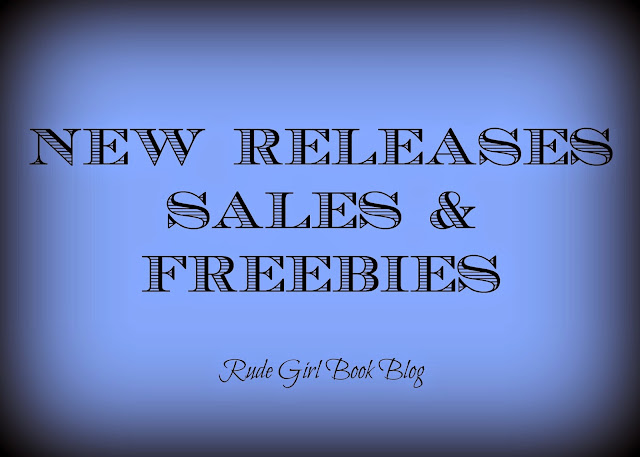 NEW RELEASES, RECOMMENDATIONS, SALES and FREEBIES
WOW!!!  Another great week of some pretty amazing releases!!!
(Click on cover or Title to order)

FURY: The Seven Deadly Series Standalone #3 by Fisher Amelie (ONLY $1.99 for a very limited time)
SYNOPSIS
(Can be read as a standalone.)
Revenge is an euphoric thing. Trust me on this. Nothing compares to the release you get when you ruin someone’s life. When they’ve stolen important things. Things that didn’t belong to them. Things I revel in making them pay for.
What? Have I offended you? I’m not here to appeal to your delicate senses. I have no intention of placating your wishes or living within your personal belief system nor do I care if you hate me. And you will hate me. Because I’m a brutal, savage, cold-blooded murderer and I’m here for my revenge.
I’m Ethan Moonsong…And this is the story about how I went from the world’s most sacrificing man to the most feared and why I wouldn’t trade it for anything in the world.
Series Reading Order: #1 Vain, #2 Greed, #3 Fury

Sincerely, Carter by Whitney Gracia Williams
I SERIOUSLY LOVE all of Whitney G's books!!!  This is NEXT on my TBR ♥︎
SYNOPSIS
Just friends.
We’re just friends.
No, really. She’s just my best friend...
Arizona Turner has been my best friend since fourth grade, even when we “hated” each other. We’ve been there for one another through first kisses, first “times,” and we’ve been each other’s constant when good relationships turned bad. (We even went to colleges that were minutes away from each other…)

Throughout the years, and despite what anyone says, we’ve never crossed the line.
Never thought about it.
Never wanted to.
Until one night changed everything.
At least, it should’ve ...
Just friends.
We’re just friends.
I’m only saying this until I figure out if she’s still “just” my best friend…


He calls himself the Gentleman Mentor.
Just reading his ad makes me feel more alive than I have in years.

He promises to teach me the art of seduction … and show me the most sinfully erotic pleasures. He’s going to help me become the kind of confident, sexy woman men can’t ignore.
Six lessons … with the most gorgeous man … who happens to be a Dom.
The only problem … now that I’ve experienced his brand of delectable domination will anyone else ever compare?
She’s a client. That’s all.
Or it should be.
But with every lesson, she’s becoming more.
The secrets I’m hiding behind the image of the Gentleman Mentor make telling her the truth-and having anything real—impossible.
I’m training her for another man, and that fact guts me every time I think of it.
I know she’s not mine … but part of me won’t accept that.
Am I willing to risk it all to keep her?
THE GENTLEMAN MENTOR is a full-length standalone novel.

Holding You (Love Wanted In Texas Book 3) by Kelly Elliott


SYNOPSIS
Lauren Reynolds wanted only two things in life—to run her father’s horse breeding business and Colt Matthews. Fearing Colt would take her position within the family business, she tried to push him far away from her heart.
When life could no longer keep Lauren and Colt apart, their two worlds became one. Every second of every moment, they spent together. Their love bloomed into something neither of them imagined—a bond so strong Lauren and Colt believed nothing would ever stand in their way.
However, life threw a cruel twist into Colt and Lauren’s planned happily ever after. Will fate let them live out the life they dreamed of, or will one of them be left alone, lost and angry?
“I’ll spend forever holding you … even if it’s only in my memory.”
Series Reading Order: #1 Without You, #2 Saving You, #3 Holding You

Tessa Ever After by Brighton Walsh

SYNOPSISIn this grippingly emotional New Adult novel from the author of Caged in Winter, what you want isn’t always what you need…
Jason’s been living (and loving) the rich playboy lifestyle for five years, but now his parents are pressuring him to get involved in the family business. The last thing he wants is another obligation, but when his best friend moves out of state and asks Jason to look after his sister, he can’t just say no.
Tessa had to grow up way too soon. After dealing with the aftermath of her parents’ deaths, then becoming a teenage mom, she knows the meaning of responsibility. Which is why, at twenty-two, she’s looking for so much more than a party boy. She’s looking for someone who can stand by her and her daughter…forever.
A relationship between them is doomed from the start, but who says they can’t have a little fun? But as Jason gets closer to Tessa—and her daughter—fun starts to turn into something else… Something Jason’s not sure he’s ready for.
Series Reading Order: #1 Caged in Winter #2 Tessa Ever After

Pucked by Helena Hunting
SYNOPSIS
With a famous NHL player for a step-brother, Violet Hall is well acquainted with the playboy reputation many hockey stars come with. She’s smart enough to steer clear of those hot, well-built boys with unparalleled stamina. That is until she meets the legendary team captain—Alex Waters.
Violet isn’t interested in his pretty, beat-up face, or his rock-hard six-pack abs. But when Alex inadvertently obliterates Violet’s previous misapprehension regarding the inferior intellect of hockey players, he becomes more than just a hot body with a face to match.
In what can only be considered a complete lapse in judgment, Violet finds out just how good Alex is with the hockey stick in his pants. But what starts out as a one-night stand, quickly turns into something more. Post-night of orgasmic magic, Alex starts to call, and text, and e-mail and send extravagant—and quirky—gifts, making him difficult to ignore, and even more difficult not to like.
The problem is, the media portrays Alex as a total player, and Violet doesn’t want to be part of the game.

Worth the Trip (A Fisher's Light Companion Novella) by Tara Sivec (ONLY $.99)
SYNOPSIS
***This is a prequel novella to Fisher's Light. It is about the life of Trip Fisher. Fisher's Light should be read before Worth the Trip***
It’s time for me to tell my story.
I know I’m a coward for waiting this long to explain my side of things. I know I should have tried long before now to make amends. There’s nothing like staring right at death’s door to put a fire under your ass. I’m going to die with enough regrets to fill ten notebooks and that’s a tough pill to swallow, but when I meet my maker, I want to be able to hold my head high with the knowledge that at least I confronted all of those regrets.
The Life and Times of Trip Fisher
I’m sorry, I love you, please forgive me.
Series Reading Order: #1 Fisher's Light #2 Worth the Trip

Dirty Past by Emma Hart
SYNOPSIS
On the heels of Dirty Secret, here is a sizzling hot romance featuring another Burke brother and the girl he can’t resist, from the New York Times bestselling author of the Game series.
Walking out on my wedding wasn’t my best idea.
Neither was throwing my cell in the lake and taking a job as PA for Dirty B, America’s favorite rock band, complete with every teen girl’s dream man, the eldest of the Burke brothers.
Tate Burke is pure sex. Women actually throw their panties at him during shows. And Ella Dawson is the lucky little thing that gets to escort their fangirling butts out when he’s done with them.
Yay.
He’s a cocky son of a bitch, but there’s more to him than meets the eye. Every now and then Ella gets a rare glimpse of the Tate behind the “bad boy” act, and it attracts her in the most annoying way. The most annoying, heart-thumping, panty-wetting way.
When her abusive ex turns up at the hotel room Ella and Tate are sharing, raging mad, she knows she’ll need more than just a little protection. Tate sees red, and Ella can’t help but lean on him, despite his bad-boy ways.
And now? Now, he’s in a whole lot of trouble.
Series Reading Order: #1 Dirty Secret ($.99) #2 Dirty Past
Each book can be read as a standalone.

Across the Distance by Marie Meyer
SYNOPSIS


There’s a drawer I never open. It holds a picture I never look at. It reminds me of a day I hate to remember, but I’ll never forget.


I’d give anything to be like the other girls on campus. Going to parties, flirting with boys, planning for a future. But that’s not me. And hasn’t been since the day my parents died. The only thing that got me through was Griffin. Even though I didn’t have my family, I always had him. Only, now I’m not so sure I do.


It’s not just the eleven hundred miles separating us now that I’m at college. And it’s more than his band finally taking off, and all the gigs and girls suddenly demanding his time. It’s like everything is different—the way we talk, the way we text . . . the way he looks at me and the way his looks make me feel.
Griffin has been the only good thing in my life since that horrific day. I can feel our friendship slipping away—and I’m terrified of what will be left in its place…

♥︎ RECENTLY READ AND LOVED ♥︎
I recently DEVOURED each of these books and HIGHLY recommend all of them!!!
Full Reviews coming soon.