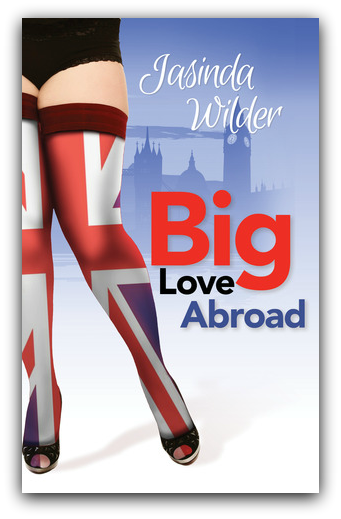 I was finally fulfilling my life-long dream of studying at Oxford University in England. I had a thesis. I had an apartment. The one thing I didn’t have was time for a man. Especially not one as sexy and intriguing and distracting as Ian Stirling. Okay, I mean, maybe I did have a little time for a man. After all, it’s not every day a ripped British sex-god sweeps you off your feet and does dirty, delicious things to you.

Again and again. And again.

The problem is, Ian was just supposed to be a hunky distraction, but now my heart is craving him like my mouth craves cupcakes.

I let him pull my hips backward yet more, so now I was bent at the waist, leaning forward, my ass presented to Ian. I wasn’t quite breathing, taking short, shallow, sharp gasps of anticipation.
“Close your eyes.”
I shut them. “Okay.”
“Tell me what you want me to do right now.” His voice was a low murmur in my ear, his erection nestled between the globes of my ass.
I pushed back against his ass; the words fuck me on the tip of my tongue. But then I realized I didn’t want that, just yet. I wanted something else.
So I asked for it. A simple thing, but with an acquiescence new to me.
“Spank me, Ian.”
SMACK! “You like that, do you?”
I lurched forward when his hand cracked across the left globe of my ass, leaving it tremoring and stinging. “Yeah, I do.”
“Has anyone ever spanked you before, Nina?”
“No. Only you, Ian.”
SMACK! The right cheek, now. And then his fingers slid between my thighs, speared gently into my wet cleft and scissored within me. I gasped, and my knees buckled. Another loud slap to my left ass cheek, timed to a press of his fingers against my clit, and I fell forward so my forehead thunked against the door.
I cried out in ecstasy, ready for the next smack to my right cheek. But when it came, it was on the same side, and was followed by a soft, gently smoothing circle of his palm, soothing the stinging flesh, and I let out a moan. Which was quickly turned into a shriek as Ian scissored his fingers deep inside me and slapped me on the right side, quick, hard, and unexpected. Again. A third time on the same side, and now my flesh there was really starting to smart and I was on the verge of asking him to stop, but then he gave me a third smack and drove his fingertips in and curled them, slid them in and out, creating wet suction sounds, and I felt like I was being ripped in two, sliced open by a sudden rush of clenching heat made all the more delicious somehow for the sweet slight sting of pain on my rear. I let out a breathless moan and Ian switched to the other side, smacking my left globe and finger-fucking me in time with the SMACK—SMACK—SMACK of his big hard hand against my stinging, trembling skin.
An orgasm of continental proportions tore through me, ripping a scream from my lungs, and as I came—knees buckling, breasts swaying and nipples tight, taut, and achingly hard—Ian plunged his cock into me and I lost my breath, lost my capacity to even scream.

New York Times and USA Today bestselling author Jasinda Wilder is a Michigan native with a penchant for titillating tales about sexy men and strong women. When she’s not writing, she’s probably shopping, baking, or reading.

She loves to travel and some of her favorite vacations spots are Las Vegas, New York City and Toledo, Ohio.

You can often find Jasinda drinking sweet red wine with frozen berries and eating a cupcake.