An up-and-coming MMA fighter wants more than just one night from a woman fleeing her past in Lori’s irresistible new novel.

Heavyweight fighter Denver Lewis plays real nice, but he doesn’t share. That’s why he’s been avoiding top-notch flirt Cherry Peyton. But a man can only resist those lush curves for so long. Their encounter surpasses all his fantasies, bringing out protective urges that Cherry’s about to need more than she knows…

Denver’s combination of pure muscle and unexpected tenderness has been driving Cherry wild. Yet no sooner does she get what she’s been craving than old troubles show up on her doorstep. And this time, Cherry can’t hide behind a carefree façade. Because the man by her side is one who’ll fight like hell to keep her safe…if only she’ll trust him enough to let him…

Holding Strong is the first book I.ve read penned by Lori Foster. Lori's HOT fighters are somewhat legendary so I was extremely excited to get my hands on Denver and Cherry's story.

Set in the world of MMA fighting, this is the romantic tale of Denver Lewis and his struggle to come to grips with his want and need for a young, vivacious Cherry Peyton. This story has a tight knit group of alpha men, all friends in and out of the ring and the gal pals/love interests also.

Denver has some personal family issues that he had to deal with and Cherry has a heartbreaking past that is catching up to her. Denver is trying to deal with Cherry's past, but first Cherry must learn to trust Denver with her worst nightmare before they could really be happy with each other and find their HEA.

I enjoyed the chemistry and flow of the story BUT (yes you could feel the but coming) I felt maybe I should have read No Limits (1st book in the Ultimate Series) prior to Holding Strong.  ONLY BECAUSE Denver and Cherry had an obvious connection prior to the start of this book.  SO there wasn’t a lot of build up prior to their hook up.  NOW this isn’t necessarily and insta-love read, I just found myself feeling like maybe I missed out on some the hot and steamy build up.

*Touch Love is scheduled to release on August 25th 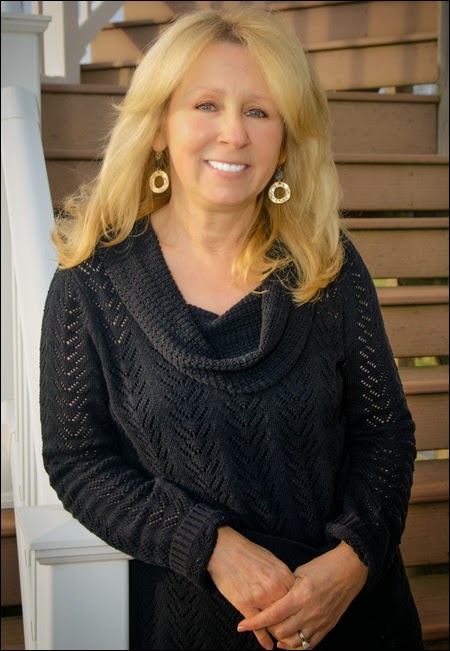 Since first publishing in January 1996, Lori Foster has become a USA Today, Publisher’s Weekly and New York Times bestselling author. Lori has published through a variety of houses, including Kensington, St. Martin’s, Harlequin, Silhouette, Samhain, and Berkley/Jove. She is currently published with HQN.
Lori hosts a very special annual “Reader & Author” event in West Chester, Ohio. Proceeds from the event have benefited many worthy causes, including the Hamilton County YWCA Battered Women’s Shelter, the Animal Adoption Foundation, The Conductive Learning Center for children with spina bifida and cerebral palsy, and The One Way Farm, Children’s Home.

Each year Lori donates all proceeds from one book to charity. You can see the benefit romance books here :http://lorifoster.com/benefit-books/
SOCIAL MEDIA LINKS: