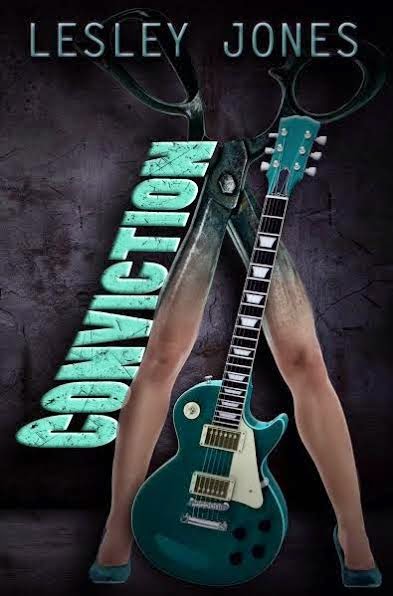 RG is excited to be part of this Release Day celebration!!! This post contains purchase details for Conviction, our review AND a very special interview with the one and only LESLEY JONES! Be sure to check it all out.

She was mine. Our love unquestioned. Our futures planned. But she didn't show. All that we had, all that we meant, and after all that was said, she just didn't show. That one act by her changed everything, but it especially changed me and from that moment on, there was no going back. No words of love, no whispered promises, just sex and drugs and rock and roll. No one gets a piece of Reed, but what they will get is the night of their life, the chance to let go, break their own rules and enjoy the best, the dirtiest, filthiest sex ever... Along with the other four people in my bed.

I thought he loved me, I believed everything he said, every promise that he made but then, when I needed him more than I'd needed anyone in my life, when I was at my most vulnerable, he let me down. He chose to take a different path and leave me to pick up the pieces of my now broken life. I was changed forever and chose the easy option, letting others take charge of my destiny, until once again, I'm let down in the cruelest of ways.

And a bit more sex.

I am a relatively new Lesley Jones fan. I completely devoured the Carnage series a few weeks back so from the moment I heard about Conviction, I couldn’t wait to get my hands on it. This beautiful story broke my heart, then healed it, and made me truly believe in second chances.

Connor Reed has achieved legendary status as lead guitarist for the band Shift. He has spent the last fifteen years traveling the world and even though he is rarely alone, he is a very lonely and isolated person. Connor carries guilt and heartbreak that is slowly pulling him into the darkness.

"Women want me, men want to be me and yet, one song, just one fucking song, can bring me to my knees."

Nina Matthews is a successful business woman stuck in a loveless marriage. Actually with the exception of her truly AMAZING BFF, Nina is surrounded by selfish, cold-hearted people. She has spent her life sacrificing her happiness for that of her family's, I for one was screaming at her to kick them all to the curb!

I thought I might grow to love Marcus and we would be okay.  I tried, I really did try.  I'm still trying, but nights like tonight just leave me numb and lonely.  They leave me sad and regretful of my choices.  The leave me feeling nothing but anger toward my brother and the way that he manipulated me, but most of all they leave me feeling empty.

The writing drew me right into the story and made me feel like I was right there struggling with Connor and Nina as they were moving throughout the daily grind of life. I had several moments where my heart was in my throat, hoping that this couple would find their way back to one another.

Conviction is a standalone read and the British slang is really quite enchanting. If you are looking for a read that will make you laugh out loud, cry devastating tears and feel the need for a cold shower… CONVICTION is your next read!!! 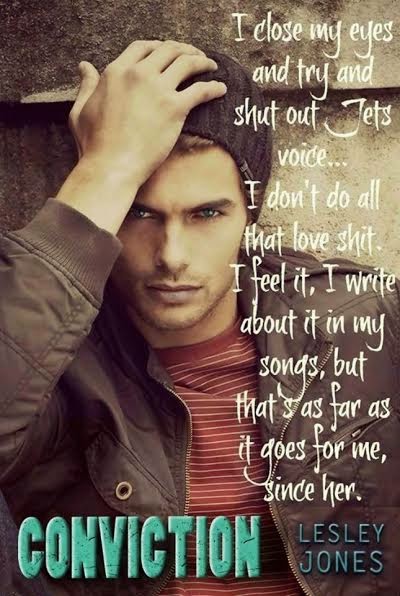 AUTHOR BIO
I was born and raised in a small working class town in Essex, just outside of East London. I am married with three sons and in 2006 we all moved to the other side of the world, settling on the beautiful Mornington Peninsula, about 50K outside of Melbourne, Australia. It's a whole new way of life for us down here, we are so lucky to live in such a beautiful part of the world.
I am currently a stay at home mum but in the past I have worked at Marks & Spencer, as a classroom assistant/teachers aid and have run my business.
As well as writing, I love to read and have been known to get through four or five books a week. My other interests are watching my boys play football...The round ball version.  I am happy to admit to being an addict of social media and I owe a lot to my Facebook and Twitter family in promoting my work. I am also rather partial to a glass... or bottle of wine, a nicely chilled Marlborough Sav Blanc being my favorite. Being a born and raised Essex girl, I will happily admit to be being a big fan of spray tans, Shellac and am regularly, waxed, tinted and sculpted, although I am more likely to be found in thongs/flipflops than a pair of white stilettos these days.

RG: Conviction appears to be about another HOT Rocker. I would assume it is safe to assume that music plays a huge roll in your inspiration. Can you tell us how and why?
LJ: It does. Music has just always been an important part of my life. My parents always had music playing so I grew up listening to everything from The Everly Brothers, The Kinks, The Eagles to anything Motown and Reggae. My playlists range from Eminem, Lana Del Ray, Ed Sheeran to The Clash, Luther Vandros and Duke Dumont. I love dancing all night at a rave as much as I do singing every word, watching a band in concert. I think I just like words, I listen to the words in a song and a story unfolds in my head. It was listening to Ed Sheerans Nina, that I got the idea for Conviction.

RG: Would you like to share an excerpt or teaser for Conviction?
LJ: Sure...
I watch the column of his throat move as he swallows hard.
“I’m scared you’ll run. I’m scared you won’t be able to handle it. Just for once, I wish they’d see me as a person, one that’s capable of feelings, of loving and hurting. Then perhaps they’d see us as a couple in love, not a fucking commodity. Just for once, I wish they’d see me for more than this...”
I recoil as he slaps himself, hard around the face.
“And this.”
He grabs at his crotch.
“They think that that’s what I’m all about, that there’s nothing but my face, my reputation as someone who fucks a lot of women. Someone who’s been to prison, who was in a car crash, trapped, upside down, watching as his brother took his last breath. That I’m someone that hid in the corner and watched as my mother’s pimp, dealer or whatever the fuck he was, squeezed her throat until the light went out of her eyes, which just happened to be looking at me at that moment.”
I watch as he stands in front of me and wipes his nose across the back of his hand. My heart has broken into so many tiny pieces as I witness his anguish that I doubt that it’ll ever be whole again.
“It’s always the shit. They never see the good in me, only the shit and I’m so scared, so fucking scared that eventually, one day, that’s all you’ll see too.”
Lesley Jones. Conviction (c) 2015

RG: Do you write more than one book/genre at a time?
LJ: Generly no but at the moment I'm writing two at the same time but they are both the same genre and part of the same series.

RG: If you weren't a writer, what professional career would you have or want to be in? And why?
LJ: Probably an English Lit teacher. I love reading, writing and I love to introduce others to words.
When I was younger, my ambition was to be a stripper, so it's changed a little over the years.

RG: If you could have dinner with any fictional character, who would you pick?
LJ: Atticus Finch from To Kill A Mockingbird, I think, or Professor Gabriel Emerson.

RG: If you had hidden cameras in your house, what super embarrassing things would be seen?
LJ: Holy shit... So much. My naked dashes from the bedroom to the laundry, my singing and dancing. Mine and my husbands epic fights, then hot and steamy make up sessions, that's without whatever my son gets up to. He's 16, so I'd rather not know.

RG: If you were being taken to a stranded island and could only take one book, which would you pick and why?
LJ: Rebecca, it's just one of those books that I can read over and over again.

RG: What is your guilty pleasure where books are not concerned?
LJ: Wine, reality TV and trips to the beauty salon, mani, pedi, wax, tint, sculpt and shellac are part of my fortnightly routine. 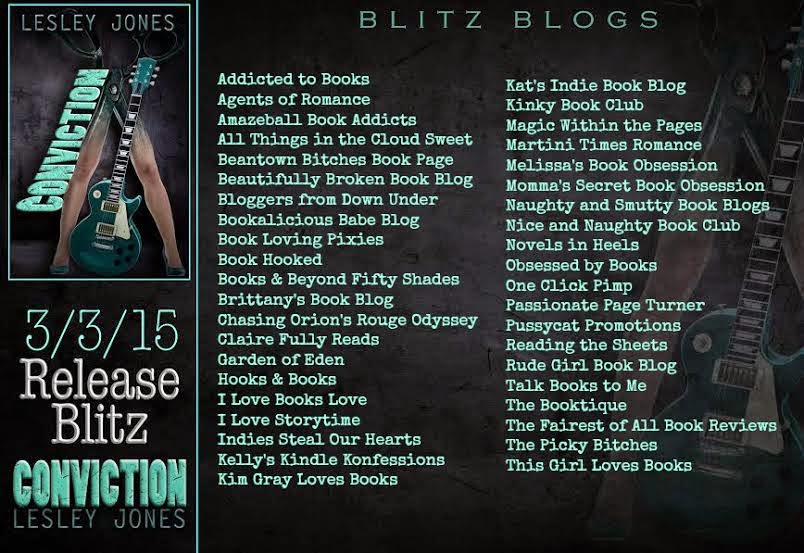