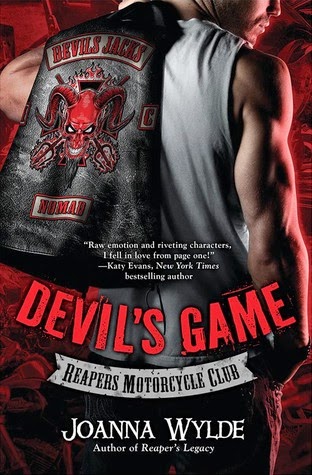 Liam “Hunter” Blake hates the Reapers MC. Born and raised a Devil’s Jack, he knows his duty. He’ll defend his club from their oldest enemies—the Reapers—using whatever weapons he can find. But why use force when the Reapers’ president has a daughter who’s alone and vulnerable? Hunter has wanted her from the minute he saw her, and now he has an excuse to take her.

Em has lived her entire life in the shadow of the Reapers. Her overprotective father, Picnic, is the club’s president. The last time she had a boyfriend, Picnic shot him. Now the men in her life are far more interested in keeping her daddy happy than showing her a good time. Then she meets a handsome stranger—a man who isn't afraid to treat her like a real woman. One who isn't afraid of her father. His name is Liam, and he’s The One.

Or so she thinks. 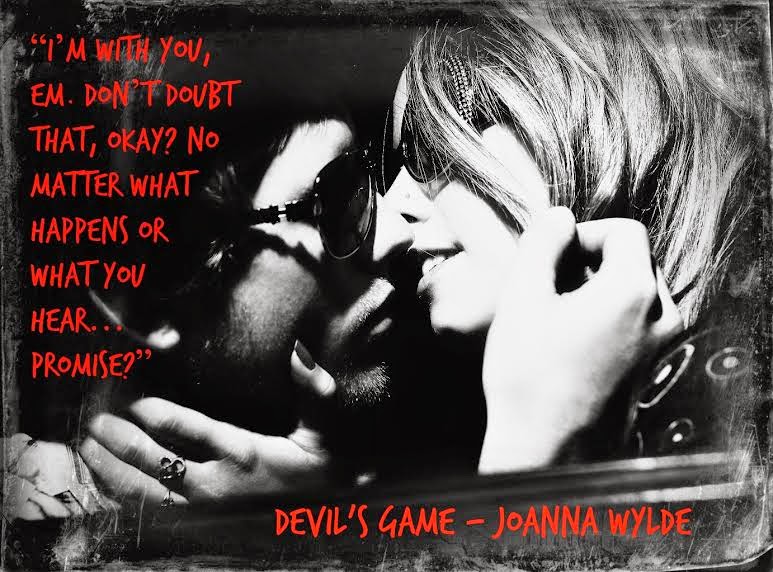 I seriously can not get enough of this amazing motorcycle club series! Joanna Wylde does an amazing job bringing these characters to life whereby creating an addictive page turner, time and time again!!!

TALK ABOUT CHEMISTRY!!! When the princess of the Reapers MC falls for a high ranking officer of the long hated Devil Jacks it is not only steamy, it is downright explosive.


I didn’t need to control her…Hell, I just wanted to sit back and watch her, try to figure out what made her tick and hold on for the ride.

Emmy “Em” Hayes is the daughter of the Reapers President. She grew up emerged in the MC world. Em is sassy, brilliant and a total ball buster. She loves the club and the values they represent however at times, she just wants to be able to be free from all the rules and constant hovering of her father.

Liam “Hunter” Blake is very much a part of the Devil’s Jack MC, a rival club of the Reapers. To say life hasn’t always been easy for Hunter is an understatement. He lived a terrible childhood in the trenches of the foster care system which was capped of by the faster father from hell during his adolescents. However all that changed the day a Devil Jack walked into his home and changed his life forever. Hunter is a real Jerk at times, but his is really funny and loyal almost to a fault.

Liam and Em have a complicated relationship. It’s full of distrust, attraction and betrayal. Liam is not exactly forthcoming when it comes to his true identity until his hand is forced. However, despite their rough beginnings there is no denying that they share some incredible chemistry.


“Maybe I say it for her, maybe just for me, but I know it is the biggest lie I have ever uttered. "Just hang on baby, it's all going to be okay.”

Devil’s Game is one hell of an exciting ride that I absolutely loved from start to finish. This book was chalk full of action, drama, suspense, passion and a sweet love story. It is an amazing addition to the Reapers Motorcycle series! At the end we get a little teaser respecting Picnic and what may be in store for him. Is it possible that the club President has finally met his match? His book, entitled Reaper’s Stand, is due out October 7, 2014. I can’t wait! 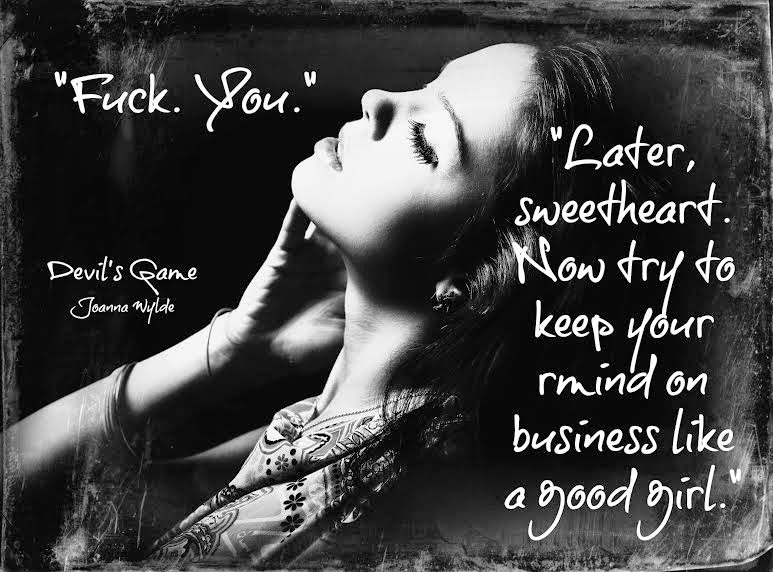 (Note: Excerpt will open as a PDF)

Joanna is a freelance writer living in Coeur d’Alene, Idaho. She started writing fiction in 2002, then took a long hiatus to explore other writing opportunities. She returned to fiction in January 2013 with ‘Reaper’s Property’, the first book in the Reapers Motorcycle Club series, and has recently released ‘Reapers Legacy’, the second of the series.
Website • Twitter • Facebook • Goodreads