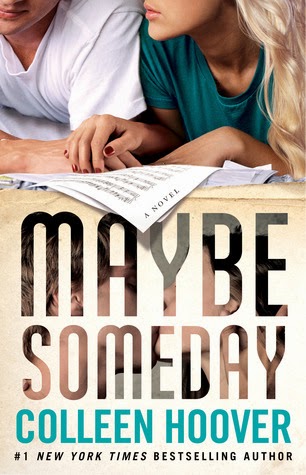 MAYBE SOMEDAY
By: Colleen Hoover
Releasing on March 18th
Approx 320 pages
GOODREADS LINK
**GIVEAWAY FOR A KINDLE BOOK OF MAYBE SOMEDAY IS AT THE BOTTOM OF POST**

SYNOPSIS
At twenty-two years old, aspiring musician Sydney Blake has a great life: She’s in college, working a steady job, in love with her wonderful boyfriend, Hunter, and rooming with her good friend, Tori. But everything changes when she discovers Hunter cheating on her with Tori—and she is left trying to decide what to do next.

Sydney becomes captivated by her mysterious neighbor, Ridge Lawson. She can’t take her eyes off him or stop listening to the daily guitar playing he does out on his balcony. She can feel the harmony and vibrations in his music. And there’s something about Sydney that Ridge can’t ignore, either: He seems to have finally found his muse. When their inevitable encounter happens, they soon find themselves needing each other in more ways than one…

From #1 New York Times bestselling author Colleen Hoover, a passionate tale of friendship, betrayal, and romance—and the enchanting music that inspires one young woman to put her life back together.

From the author of the New York Times bestsellers Slammed, Point of Retreat, Hopeless, This Girl, and Losing Hope, Maybe Someday is destined to become another bestseller and long-lasting fan favorite.

Our souls aren’t just compatible - they are perfectly attuned. I feel everything she feels. I understand things she never even has to say. I know that what she needs is exactly what I could give her, and what she’s wishing she could give me is something I never even knew I needed.

Reading a CoHo book is like returning home and spending time with that wild and crazy friend. You know the kind that lives life just a little too close to the edge...
~ Your time together leaves a permanent mark on your heart; and
~ You are taken to the edge and back over and over again; and
~ The ending is so bitter sweet but you know there will be more, someday.

I truly LOVED LOVED LOVED everything about Maybe Someday. The characters - both main and supporting are totally amazing, the scenes are literally life like and the story has an amazing flow. I laughed, I cried and I laughed/cried. Maybe Someday is the book you will stay up all night reading and you won't even miss the sleep because your mind will be so consumed with this emotional love story.

I am going to lay the cards on the table here and start out with… There is a love triangle. BUT and it is a huge BUT this love triangle is so different and refreshing from any of the ones we have seen in the past. It will take you on a wild emotional roller coaster but it will not have you steaming mad or annoyed with the characters.

Nothing in my life has ever felt so good yet hurt so achingly bad.

Sydney finds herself homeless and standing in the ran on her twenty second birthday. Life pretty much sucks for her at that moment, she believed her boyfriend and roommate where planning a surprise party however their secrets went far deeper.

I think the fact that I misjudged him pisses me off more than the fact that he cheated on me. I can’t even accurately judge the people closest to me, then I can’t trust anyone. Ever. I hate them for taking that away from me.

Ridge is the kind of guy you can immediately fall in love with - good looking, witty and a heart of gold. He is a musician and writes the music for his band therefore he easily expresses himself. However Ridge has a few secrets and although he doesn’t intentionally lie to Sydney, omission is basically the same thing, Right?

As the story unfolds and we are pulled into the war of emotions, I found myself really aching for Sydney and Ridge. They truly fought their feelings and tried to keep things in the friend zone.

“There isn’t a doubt in my mind that we could be perfect for each other’s life, Sydney. It’s our lives that aren’t perfect for us.”

When the walls come tumbling down and secrets are unveiled Ridge is forced to make a decision or rather a choice. I was literally a sobbing mess at this point and truly had to stop reading because I couldn’t see the pages.

Colleen Hoover’s love for music really shines throughout this novel. To add to the whole experience you can downloaded the Maybe Someday soundtrack by Griffin Peterson and totally emerged yourself in the music since the songs are truly part of the story.  Go HERE for the Maybe Someday website.

I HIGHLY recommend Maybe Someday and once you finish go HERE and check out the extended Epilogue.  I promise this Epilogue will reassure any doubts you may have after you finish the book. 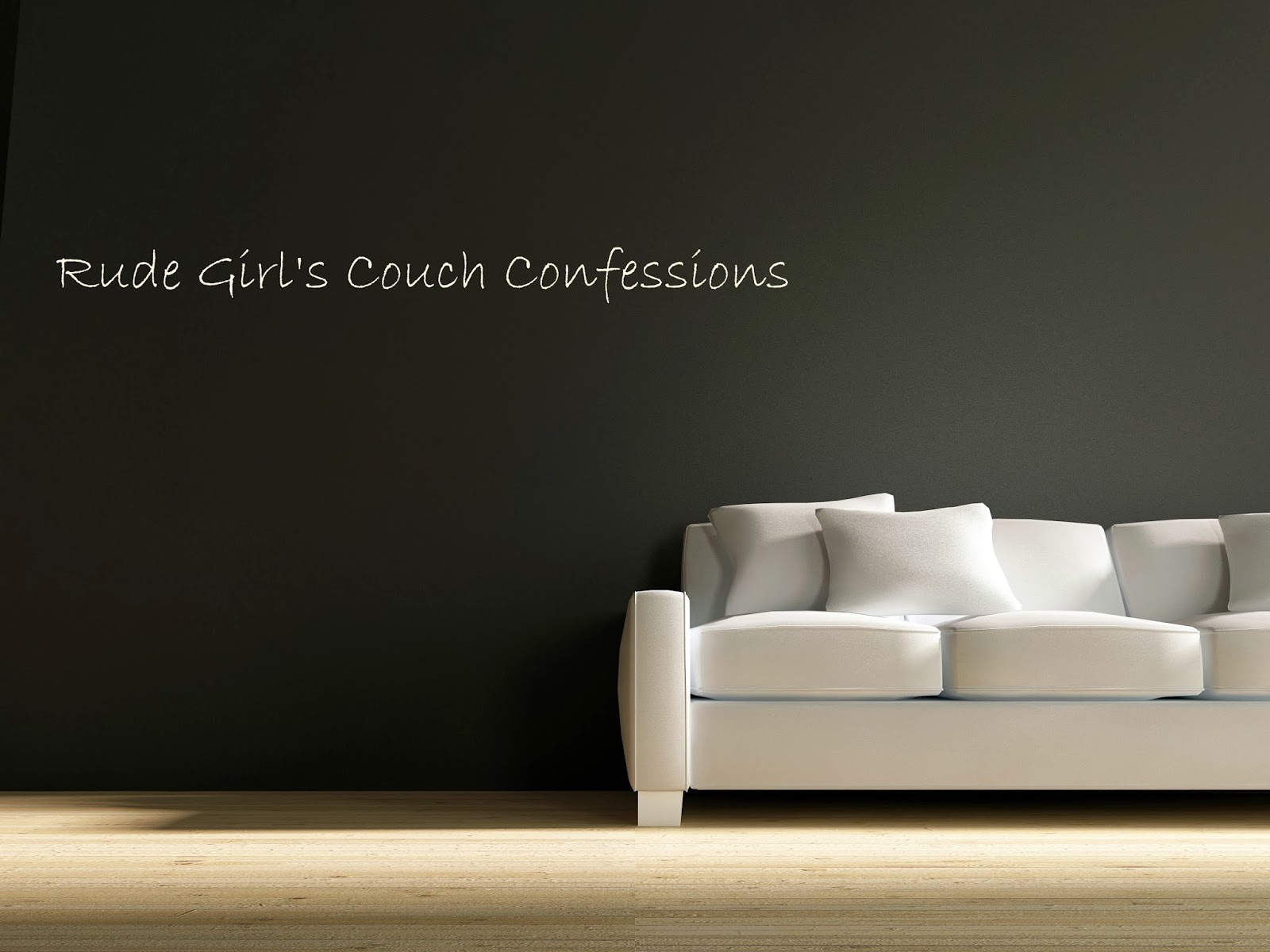 We are over the moon to have Colleen AND Griffin featured on our Rude Girl's Couch Confessions segment.
COLLEEN 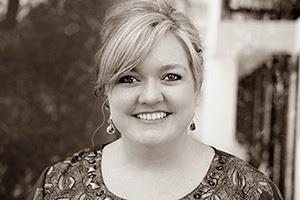 RG: What is your inspiration behind such emotionally charged characters such as Will or Holder?
Colleen: With Will, I think I just wanted a guy that was different from your typical main male character. I wanted him to be the good guy, not the bad boy. And with Holder, I knew I needed him to be strong for Sky, so I guess I needed him to have gone through some tough times in life to make him the way he was when he met her.

RG: Readers are pretty vocal about their favorite characters. In your books, which character has been your favorite to date?
Colleen: Haha, I get this question a lot, but there's just not an answer for it. It's like asking me which of my three kids is my favorite. I love all my characters the same, but I can tell you that I had the most fun writing Finding Cinderella.

RG: Everyone is anxiously awaiting your new release. Can you give us a sneak peek or an excerpt from Maybe Someday?
Colleen: Teaser from Maybe Someday...
His eyes fall to my legs, and I have to cross them, because the way his gaze penetrates my body makes it seem as though he can see right through this dress I'm wearing.

His eyes close tightly, and knowing the effect I'm having on him makes me feel as if there might be a lot more truth to these lyrics than he'd like there to be:


"It's making me feel like I want to be the only man that you ever see."


Ridge suddenly stands and drops his phone onto the bed, then walks straight into the bathroom and slams the door. I listen as the shower curtain slides open and the water kicks on.


I roll onto my back and release all my pent-up breaths.


*** End of teaser***
If you want to check out the song Ridge and Sydney write together during that scene, it's right HERE . I'm In Trouble by Griffin Peterson.

RG: What is the most unique gift you have received from a fan?
Colleen: Seriously all of the gifts I get are so unique. The most delicious gift I ever got was probably the cupcakes I got in London with quotes from my books all over them. We devoured those things!

RG: Have you always been a “writer” or did you come to realize your passion for writing later in life?
Colleen: I've always loved to write, but I never ever thought I'd do it for a living. I wrote my first story when I was 5. It was called Mystery Bob.

RG: When you aren’t typing like the wind, what hobbies do you enjoy?
Colleen: I love going to concerts, playing Celebrity Forehead (is that what it's actually called?), and honestly just hanging out with my friends and family any chance I get.

RG: Do you read reviews as they come in for a new release or do you let it simmer and then read a few that stick out to you?
Colleen: I usually read them all at first, then eventually I just start going in periodically to read the new ones. I try to avoid the bad ones, though. 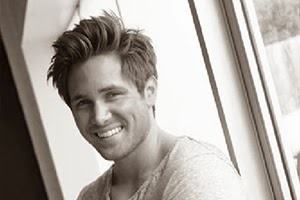 RG: Your face is on a book cover! That has to feel pretty surreal. What was your first thought when you saw the cover?
Griffin: Yes, it's definitely surreal. I don't think I've really gotten used to it yet. It's crazy to see my face staring back at me on bookshelves in stores.

RG: We love that you travel with Colleen to the author events. What is the most unique gift you have received from a fan?
Griffin: Well, I've only been to one signing with her so far, so I have a feeling the weirdest is yet to come.

RG: How does your creative process work? Do you write the melody or the lyrics first?
Griffin: I usually work out the chord progression first, then work on the melody. I have to be locked alone in a room so I feel like nobody can hear me, even though they usually can. It's really strange singing a melody that's never been sung before, but I work on it until I like how it sounds over the chord progression.

Thank you Colleen and Griffin for joining Couch Confessions.