STUCK IN BETWEEN by Blakely Bennett ~ Cover Reveal 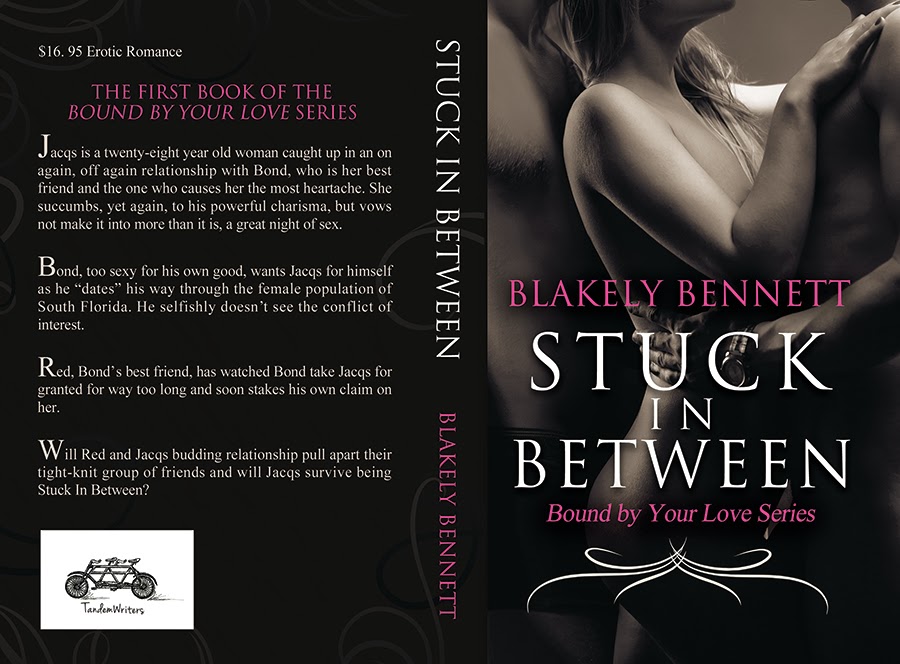 Jacqs is a twenty-eight year old woman caught up in an on again, off again relationship with Bond, who is her best friend and the one who causes her the most heartache. She succumbs, yet again, to his powerful charisma, but vows not make it into more than it is, a great night of sex.

Bond, too sexy for his own good, wants Jacqs for himself as he “dates” his way through the female population of South Florida. He selfishly doesn’t see the conflict of interest.

Red, Bond’s best friend, has watched Bond take Jacqs for granted for way too long and soon stakes his own claim on her.

Will Red and Jacqs budding relationship pull apart their tight-knit group of friends and will Jacqs survive being Stuck In Between.

Blakely Bennett grew up in Southeast Florida and has been residing in the great Northwest for over eight years. She graduated from Nova Southeastern University with a degree in psychology, which accounts for her particular interest in crafting the personalities, struggles, and motivations of her characters. She is an avid reader of many genres of fiction, but especially erotica and romance. Writing has always been her bliss. She is attracted to stories of self-struggle and ultimate recovery.

Blakely is married to a wonderful, loving and supportive husband, also a writer, who helps to keep her grounded. She is a mother, a communitarian, a lover of music (always on while she is writing—thank you, Pandora), and a good friend. An advocate of love and female empowerment, she is a facilitator for a women’s group. She loves to walk and hike for exercise and finds that, since moving to Seattle, WA, she is now one of those “crazy” people who walk in the rain.