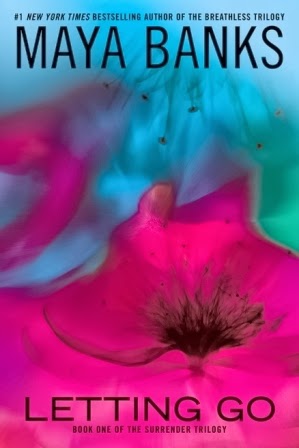 Josslyn found perfection once, and she knows she’ll never find it again. Now widowed, she seeks the one thing her beloved husband couldn’t give her. Dominance. Lonely and searching for an outlet for her grief and wanting only a brief taste of the perfection she once enjoyed, she seeks what she’s looking for at an exclusive club that caters to people indulging in their most hedonistic fantasies. She never imagined that what she’d find is the one man who’s long been a source of comfort—and secret longing. Her husband’s best friend.

Dash has lived in an untenable position for years. In love with his best friend’s wife and unwilling to act on that attraction. He’d never betray his best friend. And so he’s waited in the wings, offering Joss unconditional support and comfort as she works past her grief, hoping for the day when he can offer her more.

When he finds her in a club devoted to the darker edges of desire, he’s furious because he thinks she has no idea what she’s getting herself into. Until she explains in detail what it is she wants. What she needs. As realization sets in, he is gripped by fierce, unwavering determination. If she wants dominance, he is the only man who will introduce her to that world. He is the only man who will touch her, cherish her…love her. And the only man she’ll ever submit to. 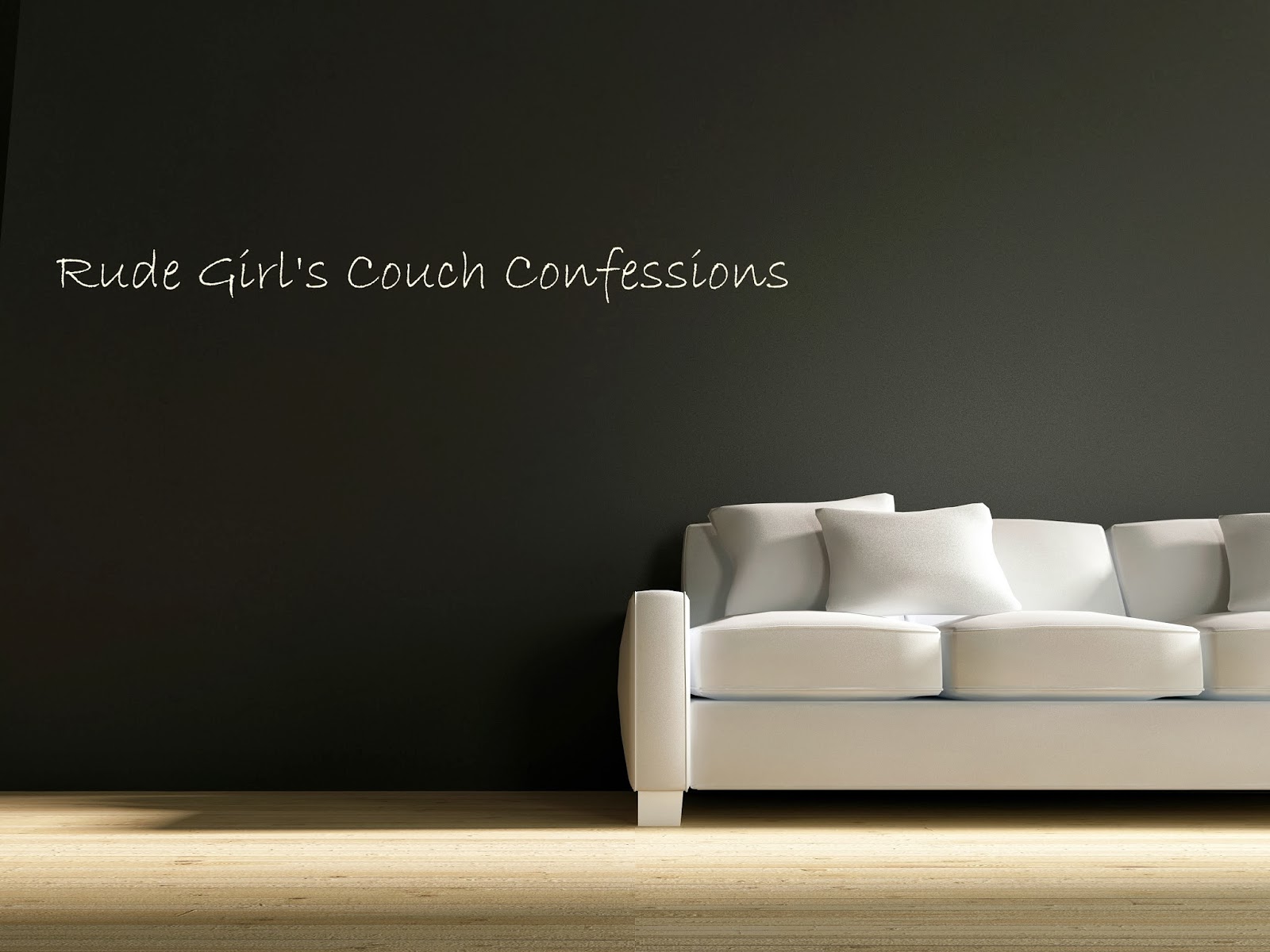 RG: Thank you for stopping by RG! We are exciting to promote your upcoming release LETTING GO.

MAYA:  Thank you for having me! I’m super excited for the release of LETTING GO and the entire SURRENDER TRILOGY. I’m hoping readers will love the characters and stories as much as I did!

Maya: Honestly the story just popped into my head. I’m often asked where I got inspiration for stories and I don’t really know HOW to answer because they just simply come to me and then I allow them to take shape in my mind.

RG: Can you give us a sneak peek into Letting Go?

RG: When you are creating characters do you pull from people in your life or picture a model/actor?

Maya: I never model my characters after actors or celebrities. I just don’t watch enough television to keep up with current pop culture anyway. Some of my characters quirks or personality traits I’ll take from real life people (normal every day people) but mostly I form a character in my head and he or she comes to life and I “create” them from the ground up.

RG: In your books, which character has been your favorite to date?

Maya: Most authors will tell you they don’t HAVE favorites. I’m not one of them lol. I do have favorites but sometimes depending on my current mood my answer can CHANGE. So I’ll give you SOME of my favorite characters instead of just ONE.

From the Breathless trilogy I’d have to say Ash was my favorite character. I knew from the very start that he’d have hidden depths and would be a darker more passionate character than even Gabe or Jace.

And I absolutely ADORED Ashley and Devon from Tempted by her Innocent Kiss. I knick named them Sparkly and Grumpy while I was writing their story and often referred to them as such on twitter of Facebook. To this day they’re one of my absolute favorite couples :)

RG: Can you tell us about your writing cave?

Maya: oohhh we JUST and I do mean JUST moved to our new house (Finally) after a year of construction and I’m in LOVE with my writing caves. I have a kickass office with a big fluffy chair that is PERFECT for writing and it has a fireplace I can curl up in front of and write to my heart’s content.

But I also have several cubby holes I can write in the new house. Our bedroom has a sitting area with the same big fluffy chair that’s in my office and a fireplace so I can write in their and our living room has an awesome sectional that I can curl up on and write during the day when everyone is gone too.

I LOVE my new house. LOVE it. I made sure that I had plenty of “work” space since I obviously work at home and I wanted to be comfortable.

RG: What is the most unique gift you have received from a fan?

Maya: It wasn’t a gift for ME per se but I had a fan who got a tattoo based on one of the tattoos in one of my books and I thought that was pretty unique :)

RG: When are your upcoming events?

Maya: Too many to mention! My 2014 travel schedule is INSANE. I have a signing in Houston Feb 22. I have RT in New Orleans. Then I travel to Berlin for the third annual LLC conference and afterward my French and Spanish publisher want me to do a book tour through France, Belgium, Switzerland and then Spain.

When I return from there, I just have a few weeks and then I have to travel BACK to Europe to Edinburgh Scotland for a 4th of July signing. Also in July I have the RWA conference/signing in San Antonio and I’ll be back at Turn the Page Bookstore in Boonsboro, MD for their anniversary signing.

And now for the quickfire round

Maya: I actually enjoy BOTH and often alternate when I get weary of one or the other. I LOVE notebooks and pens. I love paper. Period. So it’s not uncommon at all for me to grab a notebook and write and then later type it all into a word document.

Maya: Neither I’m afraid! I’ve never been a coffee drinker at all and I don’t drink alcohol, not because I have any moral objections. I just can’t stand the smell or taste of it!

Maya: If I can fly there, that’s the way I’m going lol. I can’t drive long (or short) distances because as soon as my butt hits the seat of a car I get sleepy!

Maya: Definitely calling. I just find it so much quicker to just say whatever it is I need to say instead of exchanging a dozen texts. I’m too impatient! lol

Thank you for joining Rude Girl’s Couch Confessions.
MAYA: Thanks so much for having me!! xoxo
STEPH'S REVIEW

Finding perfection once in a lifetime is incredible. But twice? No, I know there’ll never be another for me like you.

Maya Banks not only shows us great love once BUT twice in her upcoming novel LETTING GO! The question is will the second chance love last???
This is a captivating 4 star read!

We meet Josslyn as she is letting go of Carson, her husband that passed away suddenly. As a couple they had the world at their fingertips, a wonderful home. successful careers and they were totally in love. When all this was ripped from Josslyn’s hands it left her with a wide open hole in her heart and life.

Dash was Carson’s best friend and business partner. He has stood by Josslyn's side for three long years as she worked through her grief. In all other aspects of live, Dash is a take-charge kind of man. However, with Josslyn he stands on the sidelines and waits… waits for her to move on and start living again.

Josslyn has fantasies.  Ones she was willing to put aside when she was married to Carson.  Now that she has decided to start a new life she wants to purse her submissive side.


I don’t want to imagine you under another man’s hand. Him touching you everywhere I want to be touching you.

Letting Go is a book about second chances and moving on. Life doesn’t always work out as planned but sometimes we find true happiness when we least expect it. This is the first book in The Surrender Trilogy. The next book GIVING IN is set to release on May 6th and the final book TAKING IT ALL is set to release on September 5th. 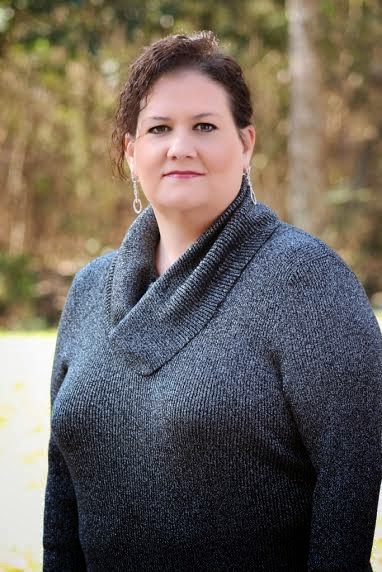 US RESIDENTS ONLY
Paperback is not signed by author