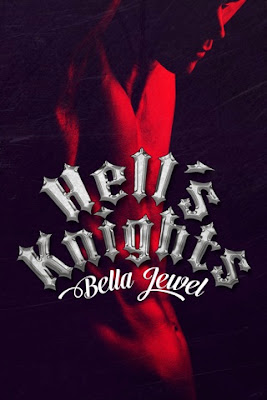 Sex. Who really knows sex? I mean, we've all had sex, great sex even but when you get down to the details, how many of us actually see sex for the raw, primal act that it is?

Until I met Cade.

He's the meaning of sex.

My world is about to change, for the better? I don't know. But here's my story, I hope you're ready for it because it's not the beautiful, heart wrenching story most people have to tell. It's passionate, forbidden, morally incorrect and downright, fucking beautiful.

He leans closer, lifting his heavily ringed fingers to stroke my cheek so lightly, I tremble.

“You’re the kind of girl that makes a man want to stop what he’s doing, just so he can get a moment to look at that angelic face – a face that will keep him awake for the rest of his fuckin’ life. That’s the kind of girl you are, sugar.”

I swallow, feeling my body coming to life beneath his touch.

“I think you’re wrong,” I breathe as he leans even closer.

“I’m not wrong. I’ve seen a lot of people in my life, and I’ve been with a lot of girls. None of them are as real as you. I’ll fuck you, sugar. I’ll claim you because you’re the meaning of need. You’re what I’ve been lookin’ for.”

Is he serious? I tremble as he moves even closer, bringing his lips only millimeters from mine. I swallow over and over, trying to think of anything else but him. How could he possibly want me that much, after a mere week and a bit? It’s not possible; he doesn’t know me. He just wants something different, a challenge perhaps? I don’t know, but I do know he’s completely wrong about me.

He leans down, shocking me as he slides his lips over mine, gently at first, then roughly when I begin to respond. I can’t help my hand, as it lifts up to wrap around the chain on his jeans. I tug it, bringing him closer. His boots crunch in the dirt as he takes a step closer, pressing his body against mine. I open my mouth, allowing his tongue to slide in and tangle with mine. His fingers travel up my neck, over my cheek and then he thrusts them into my hair, tangling it around them. The kiss is the kind of kiss that stops your breath, the kind of kiss that stops everything. For a split second, all I can feel is him. When he pulls back, I snake my tongue out and lick the last of him off my bottom lip. “You might not think you’re worth fighting for, or breathing for, but let me tell you, sugar – everyone deserves to be fought for, even those who think they aren’t worth it.”

REVIEW BY STEPH
Bella Jewel knocks it out of the park with her debut novel HELL'S KNIGHT.  The minute I read the synopsis I added it to my TBR and boy oh boy it did not disappoint.

We have Addison who was raised by a mother that was not only a drug addict but also a prostitute. At the very young age of thirteen Addison was raped by her mother's pimp. Said pimp continued to raped her for years and her mother did nothing to stop this abuse or the abuse of the Johns she brought into their "home" on a nightly basis.  Needless to say her mother will not be winning any awards in the mother of the year department.  What I found truly amazing is that Addison survived this life but what overwhelmed me is Addison's strength and perseverance to stand on her own two feet.  Is she scared?  Of course!  Does she have major trust issues?  Yes!

Addison arrives on her father's (Jackson) doorstep which also happen to be the Hell's Knight motorcycle club compound. She has a no holds bar attitude when it comes to confronting her father, the man she believes abandoned her mother after a one night stand.

"You're a bit late to play daddy now, Jackson.  In fact, I am pretty sure you lost that chance the day I turned thirteen and got raped by a man nearly three times my age."

Cade Duke is the broody and extremely HOT member of the Sinner's MC.  Cade has an immediate attraction to Addison and one she runs from since she has no intentions of sticking around.  Cade has undeniable book boyfriend qualities!

"I've seen a lot of people in my life, and I've been wit a lot of girls.  None of them are as real as you.  I'll fuck you, sugar.  I'll claim you because you're the meaning of need.  You're what I've been lookin' for."

We travel through many emotional journeys with Addison. She learns the truth about her parents relationship, she finally finds a loving parent/child relationship and she learns to move past hate and find love.  Cade has some dark demons to deal with as well.  Can this couple overcome their past to move onto a bright future??  Grab this incredible read today! 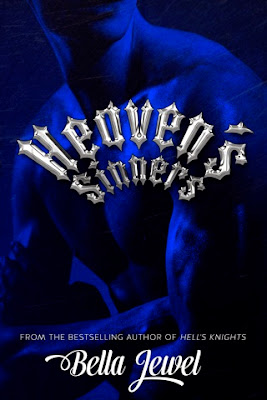 SYNOPSIS
Spike knows tragedy, he knows that feelings are better left hidden. He refuses to put his heart out there again, it's a pain he's not willing to ever let himself feel. He's got a mission. He's got a goal. Nothing is going to get in his way. He will seek his revenge.

But then there's Ciara, the sister of his deceased wife. She's beautiful and damned determined to throw herself into his life in hopes they can reform an old friendship, but Spike won't hear of it, and Ciara refuses to give up.

Who will win the battle of wills?


“No, I guess I didn’t. I wanted to, but then Cheyenne came in and you took a liking to her, so I didn’t bother.”

“I went to her, and I fell in love with her, but she wasn’t what I wanted for myself, Tomcat. I wanted you, but you wouldn’t give me a God damned inch.”

“What was the fuckin’ point? You couldn’t fuckin’ see it. I tried, fuck knows I tried, and yet you didn’t see me. I was sick of tryin’. Cheyenne threw herself on me, and I thought what the fuckin’ heck?”

I feel my body begin to shake. “I didn’t see it, Spike. It wasn’t because I didn’t want to, it was because I was so scared I would ruin everything if you knew how I felt.”

“I know that!” I cry. “God, Spike, I know you were ok? I didn’t see it. I was young and I didn’t fucking see it. Then she came along and I stopped believing there was a chance. It was not just on me, or you, it was on us both. We both walked away without telling each other there was so much more to it. I know what I gave up, I know I passed you over to her, and I regret it every day.”

I get to my feet, hurt. His words are something I already knew, but it’s the way he said them. He grips my arm before I can spin away, and yanks me back down. I land harshly, and slap his hand away but his grip is too strong, and I can’t get my hand out of his.

I jerk my hand out of his grip, and spin, getting to my feet and turning to walk off.

“It was you,” he yells, stopping me in my tracks. “I don’t regret her, Ciara. Not for a fuckin’ second, I don’t regret lovin’ her, I don’t regret marryin’ her. Cheyenne changed my life, she changed a part of me, but you, Ciara, were the one who opened my heart. You were the first one to claim it, and you were the one who fuckin’ tore it out of my chest the day you ran off. You never gave me a mother fuckin’ chance to explain myself to you. I woke up after we slept together, and you were gone. Couldn’t fuckin find you. It was you who took my heart, and you who fuckin’ broke it. She picked the pieces up when I couldn’t find you, and so I stopped fighting. Cheyenne might have had me in the end, Tomcat, but my heart was always yours first.”


REVIEW BY STEPH
Heaven's Sinner is the second book in The MC Sinner's series. Spike and Ciara are just as hot and emotionally charged as Cade and Addison. Grab this 4.5 star read!

We meet Spike in Hell's Knight. It was just a taste but oh was it enough to wet my appetite....  Spike is the YUMMY bad boy biker that is all rough edges.

"We're goin' to get out, get into your bed, and I'm going to fuck you real slow. Then we're goin' to lie next to each other. I don't cuddle, but I will rub your hair until you're asleep."

Ciara has been living in her sister's shadow for as long as she can remember. Not only did Ciara struggle to maintain even ground with her parents but her first real love ends up marrying her sister, Cheyenne.

Spike and Ciara have some much pain in their pasts both together and separately. They were best friends and inseparable for a period of time. Their feelings for each other ran much deeper than friendship however that friendship was a lifeline for each of them. One that neither was willing to jeopardize. As fate would have it, Cheyenne set her sights on Spike and true to form Cheyenne always gets what she wants.

Can Spike and Ciara move past their messed history and find happiest together? Or is it time for both of them to truly move on and let the past be in the past?

Find out these answers and more in the steamy 4.5 star read!

Bella Jewel is an Aussie girl through and through. She spent her life in Western Australia, growing up in many different areas of the state. She now currently lives in Perth with her husband, children and mass amounts of pets. She's crazy, fun, outgoing and friendly. Writing is her passion, she started at the young age of 18 but finally got the courage up to publish, and her first novel Hell's Knights will be released in August 2013.