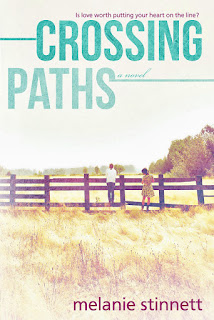 SYNOPSIS:
The crossing paths of friendship, family, love, and loss are often complicated.

June Deckert and Caroline Smith sparked a friendship in college that carried them through graduation. Although they are complete opposites in every way, they have spent the last four years inseparable.

That is, until now.


June finds herself falling for a man who seems unattainable. As she works side by side with him on a new media campaign, their feelings for each other come alive. But when his actions start to speak louder than words, she wonders if she’s missing something.

Meanwhile, Caroline is fighting against her feelings for a recent acquaintance, and she decides to keep her new love interest a secret from June. Overwhelmed by these new emotions, her moods change swiftly, swinging up and down like a yo-yo.

While June and Caroline try to maneuver their way through new relationships, Caroline starts lying to June to protect her from a truth that threatens to break her heart and tear them apart.

In the end, Caroline’s deceit will test their friendship, and June will have to decide if her chance at love is worth putting her heart on the line.

Crossing Paths is the debut novel for Melanie Stinnett.  Melanie weaves us through the trials and tribulations of two best friends whose lives happen to be anything but boring! This is a 4.5 star read!

June grew up in Texas with a sister and brother in a very loving home.  June's parents adored each other and were committed to raising a close knit family.  Her childhood was happy and by all accounts almost a real life Leave it to Beaver episode.

Caroline's parents divorced when she was eight. Her parents picked up the pieces and life moved on. Caroline had a happy childhood but she was left with a no frills approach to dating.

"Have fun and do lots of things your mother would disapprove of."

Caroline and June have been best friends since meeting their freshman year in college.  It was true bliss when they both took jobs in Houston and are able to remain in each other's life. June's grounded personality blends so well with Caroline's carefree spirit.

When Caroline joins June's family for Sunday night dinner she meets June's brother Liam. Caroline and Liam have an instant electric attraction and on that Caroline dismisses until she bumps into Liam on her lunch break.  After a fun and flirty meal Liam asks Caroline out and Caroline shocks herself by agreeing.

Due to the fact neither Caroline or Liam have never had a relationship last longer than one weekend, they decide to keep their dating a secret.

"I don't think I'll be able to keep my hands off of you at the table next weekend. Are you going to tell June we've been seeing each other?"

While on a business trip to New Your City, June meets Cohen.  Cohen is an executive at the very company June is there to win over.  Cohen sees so much potential in June that he approves the proposal immediately and travels to Houston to oversee the transaction.  June and Cohen's relationship moves from business only to secretly dating.  Just as things start to heat up Cohen rushes back to Seattle.  Little does June know but Cohen is harboring some sad secrets.  Will June ever see Cohen again?  Can they overcome what awaits Cohen in Seattle?

"You might not believe it, but I know you crossed my path that day for a reason. I wasn't sure what it was about you, but I had to get to know you. My life has been so hectic over the past few years. I haven't been in the market for a real relationship in a long time."

Melanie does an amazing job giving us alternating points of view in the story. The twists and turns were an unexpected surprise.  You will fall in love with these characters!  Grab Melanie's debut novel! 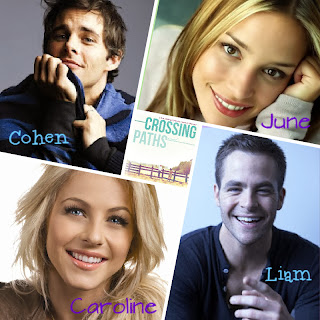 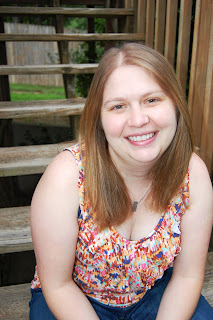 I have enjoyed reading and writing since I was very young. Some of my fondest memories from childhood are of spending time with my mom or grandma reading a good book. Over the years, it never crossed my mind that writing my own novel would be an attainable goal. After reading several independently published novels by Jamie McGuire, Colleen Hoover and others, I decided I needed to give that dream a chance.

When I’m not reading and writing, I enjoy spending time with my three favorite guys: my husband and my two little boys.