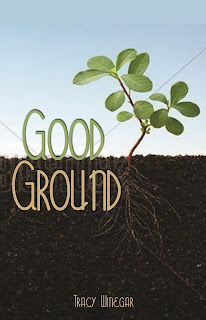 Jim’s faith in God is tested by the death of his cherished wife and child. His life becomes barren, and he loses hope and the ability to continue.

But God plants in his heart the seeds of a new beginning and the will to go on through an orphan child. Jim nurtures this child with the same devotion that he invests in his land. The result is a son of whom any father would be proud. Jim’s gift continues through Ellis.

Ellis in turn cares passionately for his own farm, his friends, and eventually another lost soul. When he finds Clairey in the midst of a blizzard, he rescues her from her desperate life, and she grows into a capable a strong woman under his care. Jim’s legacy comes full circle. 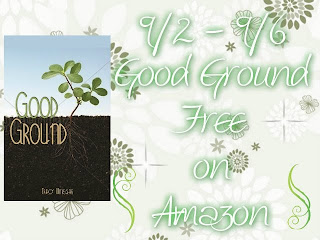 “We ain’t got but two spoons,” she reminded him gently.

“We just gonna have to share, is all.” He went over to the wash basin, noticing that the water was fresh. Clairey must have dumped it and refilled it for him when she had finished with it herself. “Smells real good,” he told her as he toweled off his hands.

“Ain’t much. Soup beans and bread,” she said apologetically.

He was finding it difficult to carry on a conversation, suddenly aware of a new emotion that plagued his consciousness. Clairey sat with him, as she had many times before, but this time seemed different somehow. He felt a measure of pride in her. In articulating to his friend her many qualities, Ellis had found, to his surprise, things about Clairey that he admired and liked. The act of defending her had invoked feelings of fondness he never knew he had for her. He’d never really thought about it before because there never was a need to.

She had always been nothing more than a shadow. He’d had no regard one way or another for her. She was just there, like hired help or a servant. But he began to see how significant her contributions were to him. Clairey’s skills were a reflection upon him. She had provided him with a proper home and the ability to increase his possessions. She was valuable to him.

There was more to it than Ellis was able to process through, feelings he couldn’t completely understand. He was become aware of her physical self as well. In all these long months, they had rarely touched. Yet there he was, sharing a spoon with her. There was something terribly intimate about it, watching the spoon glide from between her full lips, their hands grazing on another in just the hint of a touch, and then putting that same spoon between his own lips. At one point, her knee encountered his leg beneath the table in an innocent nudge, and Ellis felt a flush spread over his face, as if he had been caught doing something taboo in front of his friend, something private and surreptitious.

Seeing her now brought a rush of fragmented memories. He recalled a stolen kiss in the afternoon sun as they were returning from the well with a bucket full of water. She had sloshed water onto the front ofhis britches, making it look suspiciously as if he had wet himself. Her laughter had trailed behind her as she ran, giving him many a backward glance to see if he might pursue. He remembered the brush of her hand against his and the tingling sensation it had left on his skin. The way her touch awakened his senses and made his body feel alive was the thing he missed the most.

He recalled another time with her. She had been wearing a white dress, her honey hair fanned out on the grass as they picnicked next to the creek. Dulcie Mae had lied to her mama and told her that she was visiting a sick friend. Ellis had lain next to her upon that perfectly green grass, sucking her delicate earlobe, caressing her face with his hands, delighting in the soft feminine curves of her cheeks and lips. He’d nearly been unable to concentrate on the words she whispered with a moist, pleasant tickle against his skin as she ran her fingers along his neck, through his hair.

Ellis allowed himself these memories as small indulgences before he chastened himself for letting his thoughts go too far.

“By day, a school librarian. By night, a wife and mother. But in those quiet moments that are only mine, I write…”

Born and raised on the flatlands of Central Indiana, Tracy moved to the highlands of Utah at the age of nineteen. She quickly discovered that her brand new, top-of-the-line hiking boots were a waste of good money because she was never quite able to acclimate to the altitude in the Rockies. Tracy claims to suffer from a type of disorientation she attributes to altitude sickness to this day. It seems to be a permanent affliction. Her husband Benjamin cohabitates in a home with Tracy and the four beautiful but precocious children they lovingly created together. Although to others, their home may seem alarmingly chaotic, it is an insanity of their own making.