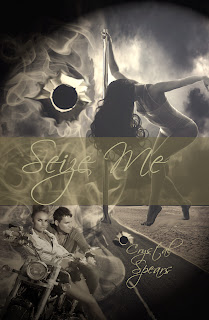 SYNOPSIS
Winter Belov was the sweet innocent one in her crime family, the dutiful daughter that never disappointed her father. One day, her father does the unspeakable. When he turns his back, Winter flees across the country, taking her life savings with her, determined never to enter that sort of lifestyle again.

No longer innocent, she now lives in Nevada. Lana is her best friend and the only family Winter has. Together, they are two of the best exotic dancers in the county. While working a shift, Pyro, Lana’s long time crush, propositions Winter. He begs her to do a private gig at Breakneck. She accepts, with the condition that Lana dances with her.
When Winter’s eyes lock with Braxxon Breaker's, the President of Breakneck, she realizes she is no longer free; she has been seized. He is everything she is running from but at the same time, everything she wants. Braxxon will not take no for an answer, and purposely disrupts Winter’s life.

Rivals of Braxxon’s club are vicious and they do something that will have him out for blood. Winter's and Braxxon’s relationship is anything but a normal one. If they want to be together, crimes must be committed, friendships will be broken and people are going to die.
What happens when all that chaos mixes with Winter’s father locating her? It will be a bloodshed when Winter and Braxxon seek revenge and take no prisoners. 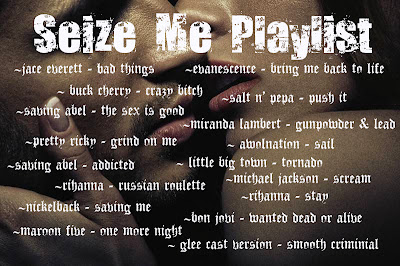 EXCERPT
I sit up and edge myself off the bed. I slowly make my way to the bathroom. When I reach the doorframe, I close my eyes as I lean on the door. I take three deep breaths before I reopen them. I’ll never forget this moment. The moment where my legs become jelly and my hand grips the doorknob for support. With his back turned to me, the water cascades down the ripples of his muscled body. His shoulder blades flex as his palms rest on the shower wall and his head tilts down. Braxxon’s back is entirely covered in tattoos, but the one that stands out the most is the intricate spine with breaks going through it from the back of his neck all the way down. The word breakneck splits in two: break on the left side of his shoulder and neck on the right. It almost matches the skeleton figure I’ve seen with the broken neck and the head tilted to the side decorating the back of the cuts. The globes of his ass are strong and firm, and it makes me want to dig my fingernails deep into the skin of them. His left hand leaves the wall and runs through his short brown locks. His body starts to turn as his head tilts back and the water runs over his closed eyes. I suck in a breath and start to lose my balance even as the door tries to keep me steady. My gaze is stuck and mesmerized on this magnificent man. Sculptors would fight to the death to get a hold of him. His eyebrows are perfect. His eyelashes are so long and dark, any woman would be jealous. His nose is the perfect size for his strong jawbone; his gorgeous lips pierced twice. The hoops sitting right next to one another have a small chain connecting them. How did I not feel them both? I felt just the one.

My feet move me closer as I push off the door. My gaze travels over his chest and my palms begin to sweat as my eyes land on a chiseled eight-pack that has a faint scar running through them. His V dips so far in I just want to run my tongue along the depths of that valley. His happy trail fades away to nothing but a freshly shaved area. Oh, he’s so clean cut and yet dirty at the same time and to make his flawed free body even more astonishing is his long thick cock hanging flaccid. I move my attention back to his face, his eyes still closed as his lips twitch into a crooked smile. He feels me. I step into the shower and run my nail along his scar. Braxxon’s eyes fly open, and I gasp as his hand catches me and his gray eyes stop me.

In that moment where my mind, body and soul are assaulted, I know that I’ll never be the same ever again. Braxxon has seized me, and something tells me he isn’t letting me go.

Crystal resides in Indiana with her family, her dog Dozer and two fancy rats. She enjoys the outdoors and in the summer you will rarely catch her at home. Her other passions aside from writing are singing, dancing and photography. She is a retired blogger and professional book reviewer.

She began writing at an early age, short stories and poems for school. It wasn't until she was around nineteen did she venture more into the writing world. While writing Talania she discovered the depth she could achieve if she just kept on going. So... she did and now she is developing the gritty, raw world of Breakneck and romantic stories like Underneath the Willow Tree.