THE DO OVER by AL ZAUN Release Promo Post (Giveaway & Excerpt) 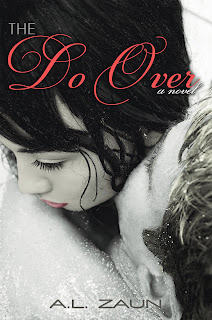 Released on: May 20, 2013
Genre: Contemporary Romance
BUY IT TODAY ON AMAZON
THE DO OVER ON GOODREADS

SYNOPSIS
Life doesn’t look like it’s supposed to for Dani Ruiz, a hopeless romantic. After a painful and sudden break-up with Rick Marin—who she thought was the One—Dani hides away from reality, retreating to a world of fiction, preferring book boyfriends over the hassles of a relationship.

After almost two years of watching Dani in a holding pattern, her friends stage an intervention and force her back into the real world of dating.

Unexpectedly, Dani meets Liam Lucas, a down-to-earth firefighter. He might be the person to show her she’s still worth something. Dani’s hesitant to trust her heart with another man, but their instant and electric chemistry is something she can’t deny.

As Dani starts to believe that she’s found her real-life book boyfriend, Rick decides that he’ll go to any lengths to get her back. Seeing Rick as a changed man makes Dani question everything.

Can Dani trust her patched-up heart with Liam?

Or has Rick transformed into the man she’s always wanted?

Told from various points of views, The Do Over is a story of second chances and new beginnings.

EXCERPT
From the corner of my eye, I could tell the instructor was tall and lean. He didn’t look too bad for an old dude. I was still glued to my Kindle, struggling to deal with the angst in the book, as I kept my composure in class. I have to finish this chapter. I could not believe what the heroine was about to do. I had a strong desire to scream and throw my Kindle against the wall. Feeling an urgent need to pace, I instead bounced my leg nervously as I chewed on my thumb. I knew this wasn’t good. I was having a book meltdown, sitting in a training class, as the instructor started talking.

The instructor introduced himself. Wait. Did I hear him say Lucas? Am I in the right class? The instructor was supposed to be Captain Rafael Santos. Feeling a surge of panic rise inside of me, my face flushed as I painfully tore myself away from my novel.

Slowly, I looked up through my lashes to see that he was walking in my direction. He stopped right in front of me. He was wearing black cargo pants that fit rather nicely on what could only be a tall body. My eyes kept going up until I hit his gray standard county-issued polo, which just so happened to show that he worked out. I shyly smiled as heat rose to my cheeks. I wanted to die of pure embarrassment.

As a bright blush warmed my face, he looked straight into my eyes. He had the bluest eyes I’d ever seen. With eyes just like Miami’s sky and his dirty blond hair cropped short, he was breathtaking. My peripheral vision was correct. He was tall, lean, and yes, muscular. He was so not the old dude. I was a paralyzed mute. It took all my willpower to keep my mouth from hanging open.

Bending over, he leaned in close to my ear. As his unshaven face brushed against my neck, he whispered, “I’m a jealous fool, and I don’t share. Do you mind putting it away?” His tone told me he wasn’t asking but telling me what to do. He paused briefly as he leaned even closer. “Name?”

My heart skipped a beat. “Daniela Ruiz,” I stammered.

As he slowly stood back up, he winked. He moved to close the door and then walked back down to the front of the class.

At that moment, I realized that I’d been holding my breath with my legs pressed tightly together. Someone call a code blue. I wouldn’t mind at all if he had to administer CPR on me. Hmm, maybe I was a little premature on my stance involving men. For the first time in a very long time, I felt hopeful and a little turned on. Okay, I was a lot turned on. 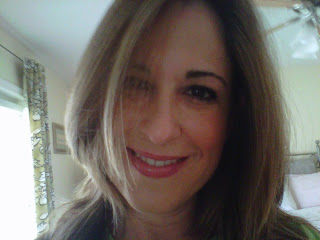 A.L. Zaun graduated from Florida International University with a degree in English Literature a long time ago. A degree she didn’t use at all in her professional endeavors. She loves to read, write and take pictures. She walks around with her camera, and most importantly she has her e-reader available at all times. Healthcare Management by day, Mommy in the evening and most nights, you can find her sitting in front of her laptop with a bottle of Diet Pepsi, bringing the voices in her head to life on the pages of her debut novel, The Do Over. 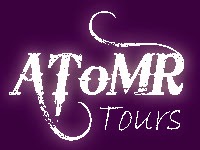