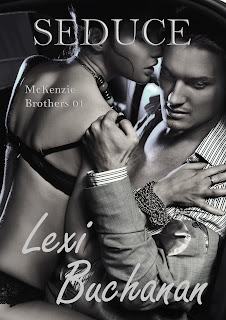 SYNOPSIS
Michael is CEO of McKenzie Holdings and has a very bad habit of placing work before all else.  His wife, Viv, had died in a car accident, with her current lover, on the way to meet with the divorce attorney’s six years ago.  Michael was divorcing her because he’d discovered she’d had a stream of lovers during the course of their marriage.  Since her death he’s had no wish to get involved with anyone, until Lily.

Lily, having lost her job at Oakfield Development gains employment at McKenzie Holdings thinking she’s going to work as the Assistant to Dale Roberts, but unbeknown to Lily she has been hired to work as Michael’s assistant.  Lily is shocked, and disappointed to realize that the man she’s just been flirting with in the elevator is actually her boss.

Lily and Michael are instantly drawn to each other, but he’s her boss and Lily lives with her boyfriend of seven years.  David, her boyfriend, has been acting strange for about five months which has caused Lily to re-evaluate her relationship with him and it comes up short, a lot.  She had decided before meeting Michael that she wanted out of her relationship with David, but she has nowhere else to go, so she stays with him for now.


Michael and Lily finally start their relationship, which involves a lot of hot loving and scarves which Lily uses on Michael.  Their relationship seems to be heading towards happily ever after, until Lily makes an announcement to Michael, which has him telling her to leave his home.  She does, heartbroken, and runs to his brother Lucien.
MY REVIEW
Sparks fly in this book and not just sparks but full on FIREWORKS!!! If you are looking for a whole lot of sex with a little bit of romance THIS IS YOUR BOOK!
Michael McKenzie is one of the very successful McKenzie Holdings, a family owned business. He is hot! He is possessive and YES he is worth it.  Lily is…. well she is just a little bit frustrating.  She is in a relationship when she meets Michael.  Although I had flash backs of Thoughtless fear not folks Lily is not quite as frustrating as Keira.  Lily is a good person at heart.  She has been with David since high school and through the loss of both her parents.  Lily struggles with the immediate attraction she has for Michael and the loyal devotion she has for David.  It turns out that her boyfriend is a JERK and one she should move on from.
Seduce is in alternating points of view which of course I LOVE!  Overall I enjoyed the book but didn't love it. I thought the author would bring us right to the edge of an emotional break through and then Michael and Lily would have sex.  Yes HOT sex but I did find myself wishing the book had more plot.  I am looking forward to what the other McKenzie brothers have to say.
MY INTERVIEW WITH MICHAEL McKENZIE
RG:  I just finished Seduced and have to say it is HOT HOT HOT.  Were you surprised when Lexi Buchanan decided to publish the Michael and Lily story?


Michael:  Yes, because you know how possessive I am about Lily, but Lexi got Lily on board with the idea (((huge grin))) so I didn’t have much choice.  I would do anything for Lily.
RG:  Growing up with four brothers had to be interesting.  What kind of pranks did you guys play on each other?


Michael:  Well now, in high school we used to see who could steal the others girlfriend first, which didn’t always end well, when we were in our late teens we swore an oath never to date a brothers ex-girlfriend.
I also remember Lucien cutting the rope half way through on the swing over the river he then bet Sebastian that he couldn’t stay on it for longer than ten minutes (((starts laughing)))  he was on it 7 minutes when it snapped and landed him in the water.


RG:  We know it was an electric moment when you and Lily first met in the elevator.  What was it that attracted you most?
Michael:  Her scent got me interested, but her eyes held me.  She’s one sassy package.


RG:  The hospital scene was especially moving.  I was wondering what you were thinking about when Lily arrived (you had your head in your hands)?
Michael:  I’d phoned Lily to tell her about the accident and she’d ended up in tears.  It bothered me, but at the same time I just wanted her there, holding me.  I’d never had that before, even with Viv.  I wasn’t sure how I would have handled it, if I’d been mistaken and she hadn’t really cared for me.  I was thinking about Lily.


RG:  What is your favorite scene from Seduce?
Michael:   (((Grin))) the scarves – that was….incredible!

RG:  What is your favorite characteristic Lexi has attributed to you?
Michael:    The care I have for Lily and my family.
RG: Once again I would have to agree.  You are a very caring person through and through.


RG:  How did you and Lexi first meet?
Michael:  At mine and Lily’s wedding reception.


RG:  Will we hear more from you and Lily?
Michael:  Oh yes, I do believe there is going to be a bit of a ruckus when Lily goes into labor, something to do with my brothers!


RG: We are looking forward to hearing Sebastian’s story.  Do you have any words of advice for us as his readers?
Michael:  Well now, his story is going to be a bit difficult.  You were introduced to the woman who attracted my brother at the end of mine and Lily’s story, the only thing is she’s dating our brother.  Only time will tell.  But out of us all Sebastian is the more fly-by-the-seat-of-your-pants kinda person.

RG:  Michael, Thank you for stopping by my blog.  Good luck with Lily, the babies and all your adventures in the future.


I was born in Bolton, Lancashire within the United Kingdom, where I lived up until 3 years ago when I moved to Ireland with my husband, 4 kids and pack of animals. I can tell you it isn't pleasant travelling in a car with 5 cats in cat boxes in the back. Getting back into the car after the ferry journey to Ireland was the most unpleasant thing we had to do on moving day!!
LEXI'S LINKS
Blog / Facebook / Goodreads
a Rafflecopter giveaway