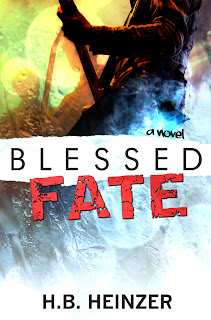 From the moment Rain Maxwell walked into his life, Colton Bradford was convinced she was The One. Unfortunately, Rain lived by a set of personal rules for life, including never get involved with a band mate.

When tragedy strikes, everything Rain thinks she wants in life will be challenged. Will she finally be willing to give Colton a chance? 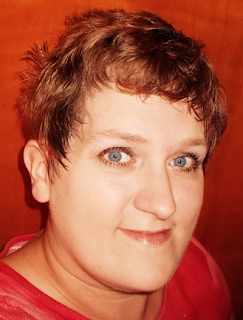 With the exception of three years in Nebraska, HB is a Wisconsin girl through and through. She lives with her husband, two kid and roommate (also known as “the bonus parent”) in the middle of nowhere but close enough to civilization to maintain a shred of sanity.
She credits her father with introducing her to an APAzine in the mid-90s for her love of writing. Her debut novel, Bent, was published in early 2013 and was the lovechild of the NaNoWriMo challenge to write 50,000 words in a month. After years of attempting and failing, she decided failure was no longer an option.

BUY THE FIRST BOOK IN THE SERIES  ~ BLESSED TRAGEDY